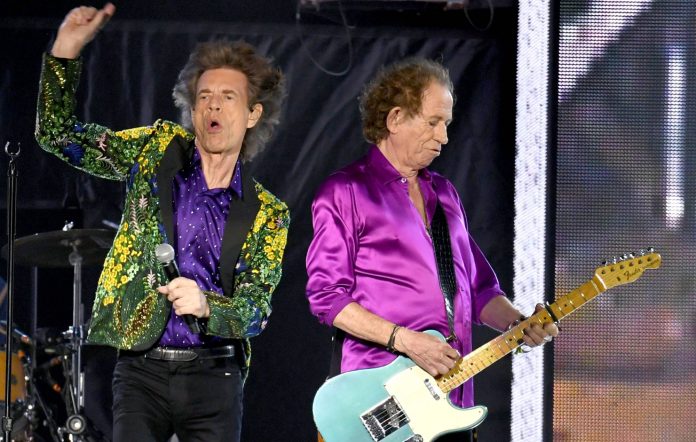 The Rolling Stones treated audiences in Detroit to a cover of the 1966 Temptations classic ‘Ain’t Too Proud to Beg’ this week (November 15) – their first time playing the song since 2007.

Despite having played the song live over 100 times since 1975, it hadn’t been a part of their setlist since a 2007 gig at London’s O2 Arena. ‘Ain’t Too Proud to Beg’ was added to the show in honour of Detroit’s musical roots.

“Ever since we were really young, we always loved Motown,” Mick Jagger told the audience. “We can’t come to Detroit and not do a Motown number, right?” Other Temptations tracks that frequently appear in their repertoire include ‘I Can’t Get Next to You’, ‘Don’t Look Back’, and ‘Just My Imagination (Running Away With Me)’.

In October, The Rolling Stones dug out another deep cut at their Nashville show, performing ‘Connection’ for the first time in a decade and a half.

Elsewhere, Keith Richards recently told The Los Angeles Times why the band no longer play their 1971 hit ‘Brown Sugar’. When asked whether it was to do with its slavery-referencing opening line: “Gold coast slave ship bound for cotton fields”, Richards said: “You picked up on that, huh? I don’t know. I’m trying to figure out with the sisters quite where the beef is. Didn’t they understand this was a song about the horrors of slavery? But they’re trying to bury it.”

The Rolling Stones continue their ‘No Filter’ tour in Austin at Circuit of the Americas on November 20, finishing up three days later at the Hard Rock Live Casino in Hollywood, Florida.

In other news, Måneskin were hailed by Mick Jagger after they completed the final night of their US tour supporting The Rolling Stones. Following the performance, they posted a pic with the frontman on Instagram. “What a night, thanks @therollingstones – best memory of all time,” they wrote. Jagger then posted his own picture on Twitter, saying “Great night in Vegas with @thisismaneskin”.

The post The Rolling Stones play ‘Ain’t Too Proud to Beg’ for first time since 2007 appeared first on NME.