The “Baseball Diamond ” Detailing Appears On The Air Jordan 1 Mid 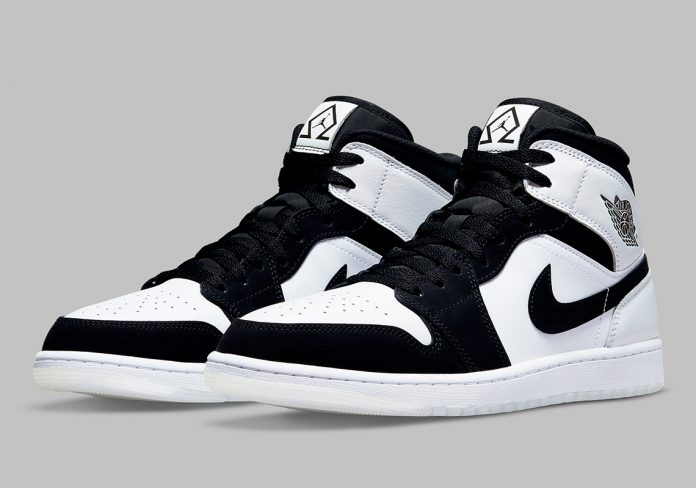 Appearing once again is the curious diamond-shaped logo on the tongue of another variation of the Air Jordan 1. Previously spotted on an Air Jordan 1 Low and a toddler pair of Jordan 1s, this signature black/white colorway appears once more on the ubiquitous Mid-cut silhouette with the same panda-esque white/black with a milky opaque sole.

The aforementioned logo could be connected to two things. The most obvious is quite obviously Michael Jordan’s foray into the game of baseball, with the colorway a perfect match for the Birmingham Barons uniforms that MJ famously donned. Perhaps another layer of MJ legacy is the diamond detailing spotted on those classic Jumpman shorts – a trend that persists to this day.

We’ll let you deduce what the inspiration is, but for now, peep the first look via official images and expected a release likely in 2022.

Share
Facebook
Twitter
Pinterest
WhatsApp
Previous article
Adele Went to ‘Hell and Back’ While Making ’30,’ But She Thinks the Album Can Save Lives
Next article
Will Travis Scott’s Nike Air Trainer 1 And Other Collaborations Be Cancelled?