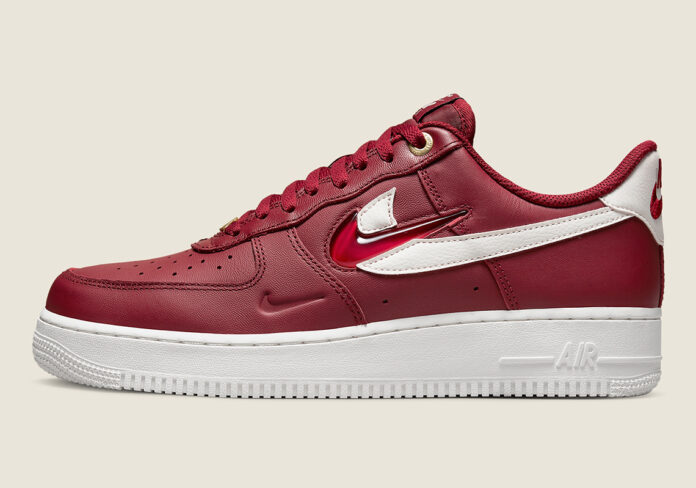 The Nike Air Force 1‘s 40th anniversary has delivered a handful of special edition collections. In addition to nods to the past via the “Color of the Month” program, the celebration has also made way for the “Join Forces” series.

An obvious play on the silhouette’s name, the “Join Forces” collection combines elements from different types of Air Force 1 releases from the last 40 years. Jewel swooshes accompany standard logos on the sides, just as varying branding hits create a layered arrangement on the top of the tongue. Figures on the sock-liners nod to the sneaker’s debut in 1982, with components at the heel and sole unit also deviating from their standard makeup. The “Team Red” flair that animates the majority of the low-top’s upper also makes a connection with past drops, as well as more Nike Sportswear options. Lastly, the metallic gold lace dubraes at the vamp mark the special release.

Enjoy official images of the pair ahead, and anticipate a Nike.com launch soon.

In related sneaker news, the Air Jordan 1 “Lost and Found” is set to release in November.