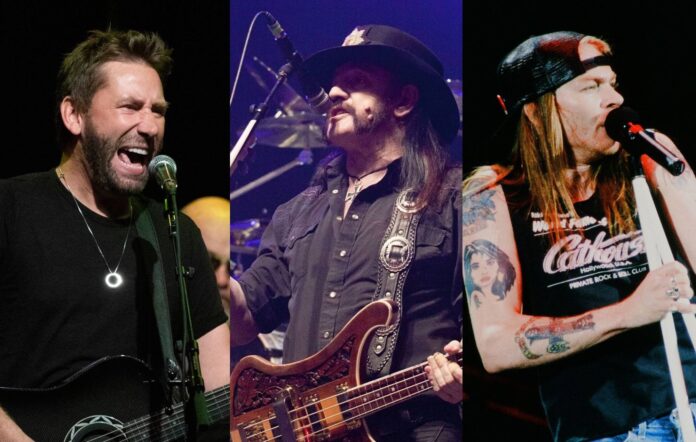 Nickelback have shared rousing new single ‘Those Days’ from their forthcoming album ‘Get Rollin’.

The track sees the band reminiscing about their youthful adventures in the 1980s along with music and film from the time.

Referencing music from the era, frontman Chad Kroeger sings about “our first slow dance” to Prince’s ‘Purple Rain’, before namechecking Motörhead and Guns N’ Roses. “Remember every t-shirt we stole, from the local mall / (Ace Of Spades by Motörhead) / Remember Guns N’ Roses came out we were standing in line / Remember front row at that show, camped out all night / (Got so high Sweet Child O’ Mine),” he sings.

Elsewhere, the nostalgic song features references to the movies Nightmare On Elm Street and Back To The Future. You can listen to the track below.

Their 10th studio album, which is set for release on November 18 via BMG, will be their first LP since 2017’s ‘Feed The Machine’.

“We’ve spent the last few years making a record at a pace that gave us the freedom to create and we can’t wait for everyone to hear the new music,” the band previously said in a statement. “We’ve missed the fans and look forward to bringing the new songs to life on stage, so let’s Get Rollin’!”

Meanwhile, frontman Kroeger recently revealed that fans had been saying his name wrong for years.

According to him, his second name is not pronounced as it appears and is in fact spoken like iconic horror villain Freddy Krueger in The Nightmare On Elm Street franchise.