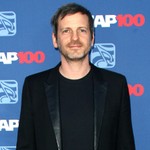 Dr. Luke ranks at No. 1 on Billboard’s Hot 100 Producers chart for the first time, thanks to production work on three songs on the Billboard Hot 100.

Doja Cat’s “Need to Know” and “You Right,” the latter with The Weeknd, place at Nos. 8 and 16, respectively. Dr. Luke solely produced both songs. He also co-produced, with Vaughn Oliver, Latto’s “Big Energy,” which rises 88-76 in its second week.

Dr. Luke has additionally spent 36 weeks and counting at No. 1 on the R&B Producers chart and seven weeks through this week atop R&B/Hip-Hop Producers. (Billboard’s producer and songwriter charts began in 2019.)

Dr. Luke maintained a regular presence on the Hot 100 dating to his debut producing and writing credit on Kelly Clarkson’s “Since U Been Gone” in 2004. He’s produced 17 Hot 100 No. 1s, the third-most in the chart’s history after George Martin and Max Martin (23 apiece).

Dr. Luke (real name: Lukasz Gottwald) was accused of rape, sexual assault and emotional abuse by Kesha in October 2014. That case was dismissed in 2016, and Luke’s defamation trial against Kesha still looms.

The weekly Hot 100 Songwriters and Hot 100 Producers charts are based on total points accrued by a songwriter and producer, respectively, for each attributed song that appears on the Hot 100; plus, genre-based songwriter and producer charts follow the same methodology based on corresponding “Hot”-named genre charts. As with Billboard’s yearly recaps, multiple writers or producers split points for each song equally (and the dividing of points will lead to occasional ties on rankings).

The full Hot 100 Songwriters and Hot 100 Producers charts, in addition to the full genre rankings, can be found on Billboard.com.