HomeMusicLatin Artist on the Rise: Meet Ivan Cornejo, The Latest Teen to...
Music 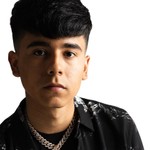 When Ivan Cornejo was in middle school, he got his heart broken — an event that left him scarred and now fuels his inspiration for deep and dark lyrics that power his heartbreak tracks.

And it wasn’t that long ago that the Mexican-American singer-songwriter was in middle school: The 17-year-old recalls feeling the urge to write about “my situation” and began writing when he was just 13 years old. He already knew how to play the guitar, which he taught himself at age 8 by watching YouTube videos. The first song he learned to play was “La Bamba” by Ritchie Valens.

Drawing inspiration from previous heartbreaks has paid off. Cornejo topped Billboard’s Latin Songwriters chart dated Oct. 30. Additionally, the newcomer secured his first entrance on any Billboard chart with Alma Vacía, his debut album, released via Manzana Records (with whom he signed in January), which arrived at No. 2 on the Regional Mexican Albums tally (dated Oct. 16). On Top Latin Albums, the seven-track set, featuring sad sierreño anthems such as “Está Dañada,” peaked at No. 7.

“I’m still really young and I feel very thankful for all of this and my fans. I wouldn’t be where I’m at without them. I don’t know how to put it into words,” he tells Billboard. Rapidly rising to fame, Cornejo credits social media, particularly TikTok, for helping his music “blow up.”

“Social media has played a really important role on my music because without it, all the trends on TikTok have really helped build up my music.” His chart-topping single, “Está Dañada,” went viral across TikTok two months ago with 1.4 million users (so far) on the platform using the song to soundtrack their videos. The track peaked at No. 61 on the Billboard Hot 100, becoming only the second regional Mexican song to chart on the all-genre chart (Oct. 23).

Born and raised in Riverside, Calif., Cornejo didn’t grow up listening to regional Mexican music. “To be honest, I didn’t listen to regional Mexican until like three years ago when my friends introduced me to T3R Elemento and Grupo Los De La O. That’s when I fell in love with the genre. But I grew up listening to whatever my family listened to. Kudos to them for molding my style,” he says. “My brother would listen to alt-rock like Arctic Monkeys, Tame Impala, and my parents listened to Café Tacvba. Very on the alternative side.”

Which is why, if you listen closely to his songs — all penned by him — there’s a hint of rock in his guitar solos. “I for sure want to keep that same style, very indie, rockfish. People are really liking me for that.” He admires artist Junior H, whom he says took a “risky step and changed regional Mexican, making our music more alternative. It’s scary because you don’t know how people will take it. But people accepted it.”

Below, learn more about this month’s Billboard Latin Artist on the Rise:

Recommended Song: “Está Dañada” for sure. It’s a mixture of indie with sierreño, and it represents me musically.

Major Accomplishment: Hitting No. 1 on Billboard’s Latin Songwriters chart. I thought I would reach that maybe in a year or two, but it happened so soon. I’m very proud of that.

What’s Next: I’m going to release an album filled with love and heartbreak songs and it will be my best album yet, I can guarantee that. With my first album, I was barely understanding how to write music. Now I’ve been researching tons of music by listening to a lot of different styles and understanding what makes a song catchy or why it makes me feel the way it makes me feel. I like to see how music works; what makes it catchy, what makes you feel happy or sad. I take that into consideration now when doing my own music. There’s no release date on the new album yet but it’s coming soon.