25 Years Later, Ghostface Killah Reflects on the Pain & Trauma That Made Him a True ‘Ironman’ 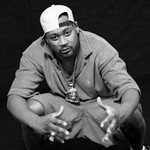 Today, (Oct. 29) Ghostface Killah is celebrating the 25th anniversary of Ironman. Although he’s grateful and blessed to reach such a milestone, he’s not treating it the same way others are.

Fans and critics regard the 1996 album as one of the best in the Wu-Tang Clan’s extensive discography, but that wasn’t the same feeling for Ghost when he created the project alongside Raekwon, Cappadonna and RZA. There’s a personal story that he’s sharing for the first time with Billboard that explains how the Ironman era wasn’t what people thought it to be for the legendary rapper.

Following his show-stealing performances on “Can It Be All So Simple” and “Da Mystery of Chessboxin” from Wu-Tang Clan’s 1993 seminal  Enter the Wu-Tang Clan (36 Chambers), Ghost elevated his stock further two years later on Raekwon’s debut effort Only Built 4 Cuban Linx. Life should have been great for Ghost, but it was only getting harder for the Staten Island legend.

After helping Raekwon put together OB4CL, Ghostface was diagnosed with diabetes and lost a lot of weight because of it. Things got worse at the start of Ironman’s creation when Ghost’s best friend was sentenced to 25 years in prison. The rapper, also known as Tony Stark, was going through a storm that very few people knew about at the time.

“When n—as appreciate [my] shit, I’m not going to shoot it down — like I appreciate it, but a ni–a was in a depressed state at that time, and that lasted for a minute up until I got to [2000 LP] Supreme Clientele,” Ghostface tells Billboard inside Dream Hotel in New York City. “It lasted through Wu-Tang Forever and whatever else I did in between then. People never really understood what was going on at that time, and I didn’t really tell anybody.”

It’s surprising to hear the Wu-Tang member describe his fractured mindset while creating one of mid-’90s hip-hop’s most impactful albums. Ghostface did a fantastic job covering it up on Ironman by showing off his elite lyricism and riveting story-telling ability on tracks such as “260,” “Poisonous Darts” and “Fish.” His efforts paid off on the charts as well, as Ironman debuted at No. 1 on the Billboard Top R&B/Hip-Hop Albums chart and No. 2 on the Billboard 200 albums chart, selling over 156,000 copies in its first week. The album also was certified platinum by the RIAA and remains Ghostface Killah’s best-selling release. Still the, accolades weren’t enough to clear the trauma endured by the self-proclaimed Ironman.

“Ironman was dark to me. The cover is colorful, but as far as the music, there was something going on there — it was wrong,” says Ghostface. “That’s why I didn’t get on a few of the records, like ‘Assassination Day’ [with RZA, Inspectah Deck and Raekwon] or ‘Fasta Blade.’ I couldn’t write to those records. Rae did what he did on ‘Fasta Blade’ — I couldn’t come behind that, not feeling how I was feeling, so I left it there like that.”

Despite having his Wu-Tang brothers carry him on the two tracks while he was down, Ghostface took his pain and turned it into magic on various parts of the album. “All That I Got Is You” was one of those standout moments on Ironman, where he reflected on his past and praised his mother for her tireless work ethic. It’s a record that will always have a special place in his heart.

But that’s as far as his praise goes for the album. Ghostface doesn’t hate Ironman; he just knows it could’ve been a better album — despite the hip-hop culture labeling it a classic — as the unsettling vibe from all the negatives in his personal life kept him from fully locking in.  “Ironman wasn’t an outlet for me to escape those problems I was having,” Ghost says. “I had to do what I had to do in the midst of being under all that pressure. If it was an outlet for me, I would’ve done more on it than what I planned to do.”

He adds: “I would’ve had way more lyrics on there and a lot more elements, like beats and s–t. A lot of those rhymes would’ve came out different, you know what I mean? Probably more detailed and said more s–t.”

For Wu-Tang purists, Ironman is part of an exclusive club, rivaling the similarly classic likes of Raekwon’s OB4CL, GZA’s Liquid Swords and Method Man’s Tical. Those debut albums are considered by many to be the most essential projects in Wu-Tang’s history — but if you ask Ghostface to rank his album alongside those other solo debuts, it’s most likely coming in last place.

When it came to his then-peers, such as Nas, Jay-Z and Snoop Dogg, who each released albums in 1996, Ghostface felt upset he couldn’t go toe-to-toe with them, given his depression at the time.

“Ironman would have been more colorful and juicy [without my depression], like where I left off with Raekwon’s s–t — and that’s why when it dropped, I wasn’t too happy for it,” Ghost reveals to Billboard. “It was cool, and it was my first one, but I had Nas right there coming out at the same time. And it’s like, ‘Damn, I wanted to come out and compete with these n—as, because these n—as are my peers. But I couldn’t get up in there like that.”

Despite his lukewarm feelings about the entire album, Ghostface appreciates his fans for their endless praise and adoration. He would’ve never known what it feels like to be a solo artist and leave a legacy if it wasn’t for Ironman – and 25 years is a long time, not something that Ghostface Killah can easily look past.

“You have to go through hell to come out right, and I never knew God would have me in this position right here where people can understand and love you for what you created,” Ghostface says as he looks out the window next to our table. ” I didn’t know this — I didn’t think Ironman would have this impact, because I wasn’t too wrapped up in it. I’m grateful. I’m truly blessed to here 25 years later from my first joint when I was like 26 years old. A lot of people don’t get to make it like that and still keep going.”