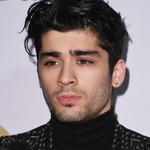 Zayn Malik pleaded no contest to four charges of harassment against on-and-off partner Gigi Hadid and her mother, Yolanda Hadid, in the wake of a Sept. 29 argument in which the singer is alleged to have grabbed and shoved the elder Hadid.

The details were contained in a police report obtained by Billboard from the Solesbury, Pennsylvania Police Department — first reported by TMZ on Friday morning (Oct. 29) — which details Malik being charged with four counts of harassment; according to court documents, Malik pleaded nolo contendere — or “no contest” — on Oct. 27 to the charges, which is the equivalent of a guilty plea that does not admit guilt. As a result, Malik agreed to serve 360 days of probation as well as complete anger management and domestic violence programs.

According to the police report, Zayn, 28, allegedly “grabbed [Yolanda] and shoved her into a dresser, causing mental anguish and physical pain.” He also allegedly hurled insults at Gigi — with whom he shares a one-year-old child — telling her to “strap on some f—ing balls and defend your partner against your f—ing mother in my house.”

He is also alleged to have called Yolanda Hadid a “f—ing Dutch slut” and demanded that she “stay away from [my] f—ing daughter.”

The typically publicity shy singer took to Twitter on Thursday (Oct. 28) to address the accusation being “leaked” to the press. “As you all know I am a private person and I very much want to create a safe and private space for my daughter to grow up in,” Zayn tweeted. “A place where private family matters aren’t thrown on the world stage for all to poke and pick apart. In an effort to protect that space for her I agreed to not contest claims arising from an argument I had with a family member of my partner’s who entered our home while my partner was away several weeks ago.”

He described the incident as a “private matter” and said that “despite my efforts to restore us to a peaceful family environment that will allow for me to co-parent my daughter in a manner in which she deserves, this has been ‘leaked’ to the press. I am hopeful though for healing for all involved with the harsh words shared and more importantly I remain vigilant to protect [the child] and give her the privacy she deserves.”

If Malik has no violations in the next six months and all conditions and financial obligations are met, his probation could be terminated early; a spokesperson for Malik did not return requests for comment at press time. During the incident, the police report also claims that Malik told a security guard at the house to “get the f–k out of my f—ing house copper” before “attempting to physically engage in a fight [with the guard] while continually cursing at him.”

Malik and Hadid have had an on-and-off relationship since 2015. According to People, Zayn and Gigi broke up following the dispute.