HomeMusicWhich ‘From the Vault’ Track From Taylor Swift’s ‘Red (Taylor’s Version)’ Is...
Music

Which ‘From the Vault’ Track From Taylor Swift’s ‘Red (Taylor’s Version)’ Is Your Favorite? Vote! 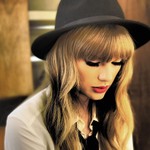 Swifties everywhere are rejoicing after Taylor Swift released Red (Taylor’s Version) on Friday (Nov. 12). The re-recorded version of her 2012 album features 30 tracks, including the 21 previously released songs from the original and deluxe versions of the album, as well as nine previously unreleased gems “From the Vault” that feature some of Swift’s musician friends either as writers or featured singers.

Fans anxiously awaited the arrival of “All Too Well (10 Minute Version),” which Swift expanded to allow ample time for a good cry while listening. The 31-year-old singer revealed plans for a self-written and -directed short film starring Dylan O’Brien and Sadie Sink to accompany the track, which premieres Friday on YouTube.

The 10-minute version of “All Too Well” appears to be the fan favorite from the re-release, if social media’s overwhelmingly positive response is any indicator, but is there another “From the Vault” track that’s currently stealing your heart? The Phoebe Bridgers-assisted “Nothing New” sees the women lamenting the unfair social expectations of young women, while upbeat cuts “Babe” and “Message in a Bottle” see Swift lifting up her listeners before preparing them for a gut-wrenching avalanche of emotions at the end of the record.

(And if you need a second opinion, be sure to check out Jason Lipshutz’s ranking of all the “From the Vault” tracks here.)

So which “From the Vault” track is your favorite? Vote!