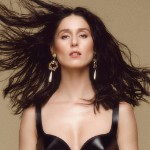 First Stream Latin is a compilation of the best new Latin songs, albums and videos recommended by the Billboard Latin editors. Check out this week’s picks below.

It’s the end of the world and Francisca Valenzuela isn’t holding back. “Tonight, we dance as if it were our last day on earth,” she sings. “Último Baile,” which translates to “the last dance,” is the second part of a trilogy of music videos that kicked off with the release of “Castillo de Cristal.” Both tracks will be part of her forthcoming album, Vida Tan Bonita, due in spring 2022. Directed by the Chilean singer-songwriter, the alt-pop track’s video kicks off with a sad group of people who are moping around in a small diner. Enter the ever-so lively Valenzuela, who creates the ultimate final dance party before the world ends.

A fusion of urban and tropical rhythms, where old-school meets contemporary, Don Omar brings back those fast, clipped merengue sounds he’s known for. In a recent exclusive behind-the-scenes interview with Billboard, Nio García tells Don Omar how he’s studied him all his life and that it was a dream to work with him. “Se Menea” finds the pair doing anything possible to conquer the woman whose moves turn heads.

A grateful Pedro Capó is jumping on beds, eating cake frosting and dancing in the music video for his newly released single “Gracias.” The uplifting track — which fuses rap with rock and finds the Puerto Rican artist singing in Spanish, English and French — is his first single in six months. Sending only positive vibes with “Gracias,” the singer-songwriter reminds us of what really matters in life. “We keep making songs even if we don’t win Grammys but I wake up, open my eyes and by my side, a great mother … I never lose faith and I always learn from failure when it’s my turn to lose.”

Salsa icon Marc Anthony has created a new anthem for “bad women” — the type of women who are not ashamed of using their manipulation skills. “Mala” was penned by Marc Anthony and Lenier, produced by Sergio George and co-produced by Motiff. This single features powerful visuals that convey the feeling of the lyrics, where la mala will do anything to satisfy her craving for money and power.

Innovating the sound of cumbia once again, Los Ángeles Azules recruit Argentine trap star Nicki Nicole for their new cumbia anthem “Otra Noche.” Adding Nicki to an eclectic group of collaborators, which includes artists such as Vicentico, Ximena Sariñana and Belinda, the cumbia veterans release the new track to kick off the band’s 40th-anniversary celebration. “Otra Noche” will be part of a new album that will include “previously unreleased songs performed by artists of other genres,” according to a statement. As we wait for the new album to drop, we’ll have Nicki’s “Otra Noche” on loop.

“Soy Capaz” is Pablo Alborán in his purest state, back to his essence. Beginning with an acoustic guitar, followed by his melodic voice and Spanish accent, the song is a beautiful interpretation full of meaning, lyrics for the soul. “I am capable of disguising you with a heart that nobody knows, what it is, that they love you badly and so little,” Alborán sings.

Mexican artists KURT and Carin Leon join forces for a guitar-driven, country-tinged pop track that finds the pair reflecting on a past relationship. “I haven’t forgotten you. It still hurts to remember you on Sundays. It still hurts to continue without you,” they sing in the chorus. “No Te Olvido” marks the first collab between regional Mexican star Leon and newcomer KURT.

The Spanish slang translation for falling in love gives life to this sultry new single, in which Brazilian pop singer Anitta sings to female desires and passions while making it clear that love is not part of the game. The provocative and flirty lyrics are based on a belief that women should not apologize for their seductive nature and are intertwined with reggaeton and urban beats.

Up for best new artist at the Latin Grammys, Humbe released his new album, AURORA, with “Quítame Las Alas” as its focus track. The stripped-down pop/R&B track puts Humbe’s commanding vocals at the forefront as he sings about self-love. “The song is about having confidence in yourself,” the Mexican singer-songwriter said in a statement. “I wanted the song to come out with the album because it’s the message I want to reach my fans with. Share with them that although there are people that will criticize you and want to take your wings away, the best thing to do is keep fighting, because it’s what makes you, you.”

Fresh off his “Dictadura” release, Anuel AA is keeping the momentum going with “Leyenda,” the second single from his album, Las Leyendas Nunca Mueren (Legends Never Die). In this new track, the Puerto Rican picks up where he left off in “Dictadura” after he was drafted into the NBA in 1984. Now, he’s on his way to become a legend playing with the Chicago Bulls while recreating the iconic Michael Jordan’s career via his concept videos that tell the story of a legend. Check out the head-bobbing trap song.