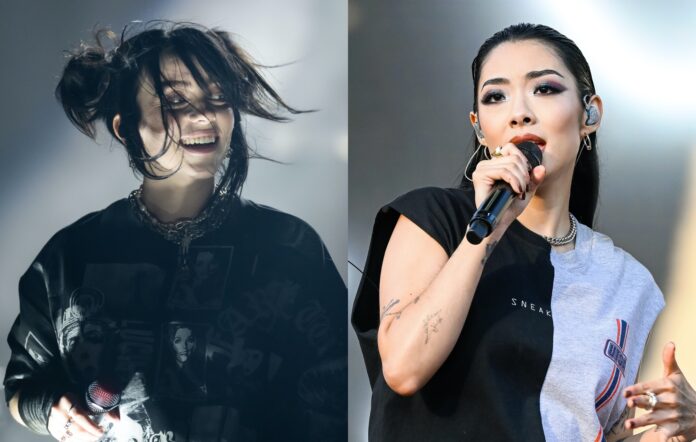 Rina Sawayama has covered Billie Eilish‘s song ‘Happier Than Ever’ – check out the video below.

The singer-songwriter played a live set on BBC Radio 1 today (September 27) as part of the station’s Live Lounge Month series. First up, she treated listeners to an airing of ‘Hold The Girl’ from her second studio album of the same name.

Sawayama then delivered a haunting rendition of the title track from Eilish’s 2021 record ‘Happier Than Ever’. “It’s a little darker, it’s a little moodier,” the singer explained of her take on the song.

“This is the dilemma about [the] Live Lounge, ’cause it’s like songs you love so much… you don’t want to change it too much, but you want to change it a little bit so it’s fun. So I think that’s what I’ve done.”

She continued: “The original is so good [but] I tried to make it a bit more me.”

Sharing the performance on Twitter, Sawayama said it was “a dream” to appear in the Live Lounge. Check out the videos beneath, or listen to the full show via BBC Sounds.

Sawayama spoke to NME for a Big Read cover interview earlier this month. During the chat, she revealed that Elton John had given her some “great advice” regarding upcoming new music, and talked about landing an acting role in John Wick: Chapter 4.

In a five-star review of Sawayama’s new album ‘Hold The Girl’, NME wrote: “Genres may come and go, but Sawayama’s second album is defined by her ability to fashion each of these sounds into big, brilliant pop songs. The best British pop album of the year.”

Meanwhile, this year’s Live Lounge Month is due to conclude on Thursday (September 29) with a performance from The 1975. Other acts to have recorded sessions recently include Sam Smith, RAYE and Wet Leg.