HomeNewsWatch Rico Nasty go off at crowd after bottle is thrown at...
News 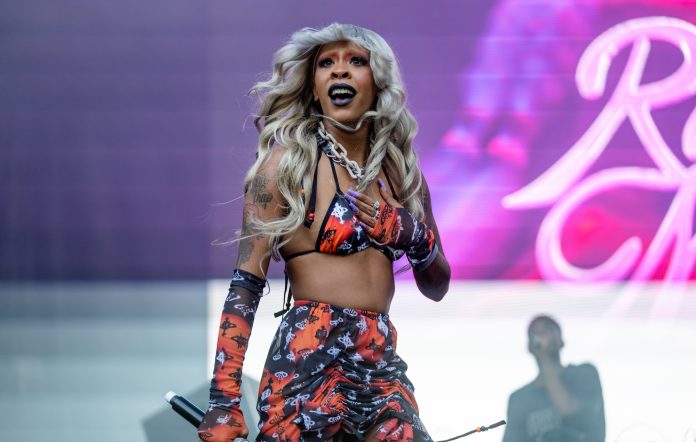 A video of Rico Nasty retaliating after a bottle was thrown at her during a performance has emerged, showing the singer jumping into the crowd.

The incident occurred at the Portland, Oregon show of Playboi Carti‘s King Vamp tour – formerly known as the Narcissist tour – on Saturday night (November 13), which Rico has been supporting. Footage from the concert shows Rico demanding to know who had thrown the bottle at her, saying “Who the fuck was it?”

READ MORE: Rico Nasty: “I definitely resonate with being a pop-punk princess”

She then prompts security to “come and get this n****”, before getting off stage herself and descending into the crowd.

Watch the clip below.

Rico Nasty jumps into the crowd after someone threw an object at her on stage on Playboi Carti’s tour pic.twitter.com/Z9lRBoZnYD

It’s the second time Rico has been subjected to heckling while supporting Carti on tour. She was booed during a performance in Los Angeles last week, while Carti fans chanted for the rapper to come out.

“This is what the fuck we gon’ do for you disrespectful muthafuckers out there,” she responded, as per HipHopDX. “Bitch, we gon’ sit in muthafuckin silence! Don’t you fucking play! What you think this is, bitch? It’s not that.”

She also commented on the behaviour on Twitter, writing “Weak ass little boys wit blonde pubes. Ugh. Get me out of here”.

The San Francisco leg was more successful for Rico, with the crowd eager and receptive to her performance, as illustrated in the video footage below.

The King Vamp tour continues through to late December, with stops still scheduled for Detroit, New York, Philadelphia and more.

Rico surprised fans with five new songs on SoundCloud in September, sharing ‘Switch Places’, ‘Grow Up’, ‘Cotton Candy’, ‘Show Me Your Love’, produced by Take a Daytrip, and ‘How Ya Feel’, produced by Jetsonmade.

The post Watch Rico Nasty go off at crowd after bottle is thrown at her onstage appeared first on NME.