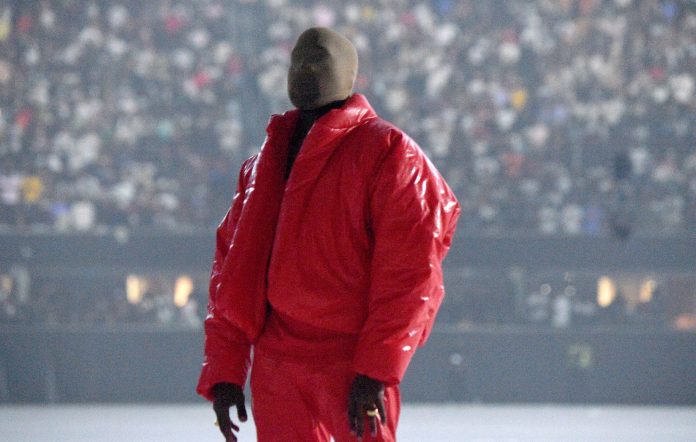 Kanye West (or Ye, as he is now legally known) has released the deluxe version of his latest album, ‘Donda’. The record first arrived in August.

The expanded edition revises the original song order on ‘Donda’ and comes with five additional tracks: ‘Up From The Ashes’, ‘Never Abandon Your Family’, ‘Keep My Spirit Alive (pt 2)’, ‘Remote Control (pt 2)’ and ‘Life Of The Party’ featuring André 3000. These take the album’s total to 32 tracks with a running time of two hours and 11 minutes.

Listen to the deluxe version of ‘Donda’ below:

‘Life Of The Party’ did not make the initial cut of ‘Donda’ because of the explicit lyrics in André 3000’s verse. The explicit words are bleeped out in the newly released version.

“I thought it was a beautiful choice to make a clean album but, unfortunately, I didn’t know that was the plan before I wrote and recorded my verse,” André 3000 said in a statement following the leak.

“It was clear to me that an edited ‘clean’ format of the verse would not work without having the raw, original also available. So, sadly, I had to be omitted from the original album release.”

The track was leaked by Drake back in September during a US radio broadcast amid his long-running feud with West (which the latter recently said he’s ready to squash). However, this version does not contain the Drake diss which appeared on the version the Toronto rapper leaked.

A deluxe version of ‘Donda’ was teased yesterday by streaming service TIDAL. Numerous billboards around Los Angeles with the same message were also spotted over the weekend.

In the past week, West made up with Soulja Boy after dropping his verse from the album.