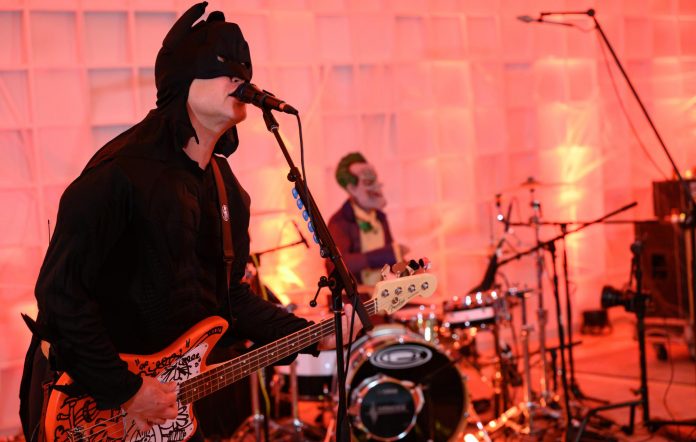 Mark Hoppus has taken to the stage to perform live for the first time since announcing that he’s cancer-free.

Hoppus revealed earlier this year that he’d received good news about his health after visiting his oncologist. He confirmed in July that he’d been diagnosed with 4-A diffuse large B-cell lymphoma, subsequently telling fans that “chemo [was] working”.

“Just saw my oncologist and I’m cancer free!!” Hoppus then wrote online in September. “Thank you God and universe and friends and family and everyone who sent support and kindness and love.”

He continued: “[I] still have to get scanned every six months and it’ll take me until the end of the year to get back to normal but today is an amazing day and I feel so blessed. Can I get a W in the chat?”

Former Blink-182 bandmate Tom DeLonge, who fronts Angels And Airwaves, said recently that he and Hoppus have been able to mend their friendship since he learned of his cancer.

The NoCap-produced ‘House of Horrors’ was available to stream until just before midnight on Sunday (October 31). It was opened by Jasiah, jxdn and Iann Dior and co-headlined by Avril Lavigne and Machine Gun Kelly. Barker drummed throughout the show, including performing ‘imu’ with Blackbear with a Squid Game-style theme.

According to Billboard, the show was filmed days earlier at a reimagined haunted house outside of Los Angeles with a guest list including Kourtney Kardashian, Gabrielle Sidibe, Siickbrain, Mod Sun, Phem, Royal and The Serpent and Theotis Beasley.

Elsewhere, Barker has teamed up with Grandson and Kesha for a new single ‘Drop Dead’.