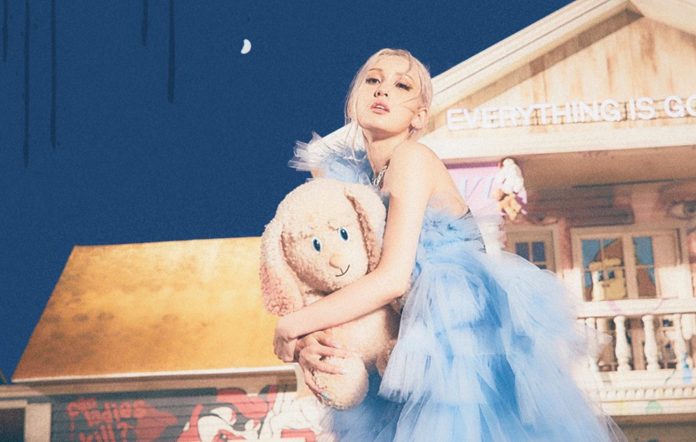 South Korean singer Jeon Somi has opened up about the release of her the long-awaited debut studio album ‘XOXO’.

Last Friday (October 29), the singer dropped her first-ever full-length record ‘XOXO’ alongside a music video for the lead single of the same title. In an online press conference on the same day, Somi discussed what it felt like to finally drop a full-length album two years into her solo career.

“The fact that it’s my first full album is very meaningful. I worked really hard to prepare,” the K-pop idol told Hankook Ilbo, as translated by Soompi. “I poured everything I had into preparing for this album, so I could feel comfortable and relaxed. Rather than specific results I want to achieve, I’m relieved to think that my fans can hear these songs.”

Jeon also added that she now felt that she could have “more fun” on stage and during live performances following the release of ‘XOXO’. “I think that because I’ve emptied my mind, I can be more relaxed,” she explained.

Later, the singer discussed the important experiences that have shaped how she views her career. “I learned that you can’t depend too much on people or feel a sense of pressure,” shared Somi. “If you let it go a little, results will come, and people will acknowledge you.”

Elsewhere during the press conference, she also spoke about the success of her previous single ‘Dumb Dumb’, which had dropped in August. “I don’t think that I thought of it as pressure,” said the idol, adding that the popularity of ‘Dumb Dumb’ had allowed her to gain confidence.

In a two-star review of ‘Dumb Dumb’, NME’s Rhian Daly described the single as a “frustrating comeback that lacks originality and spark”. She went on to note that “Somi is known for her bright personality and she could easily light up a mediocre song, but even she struggles to elevate this to anything beyond dull.”