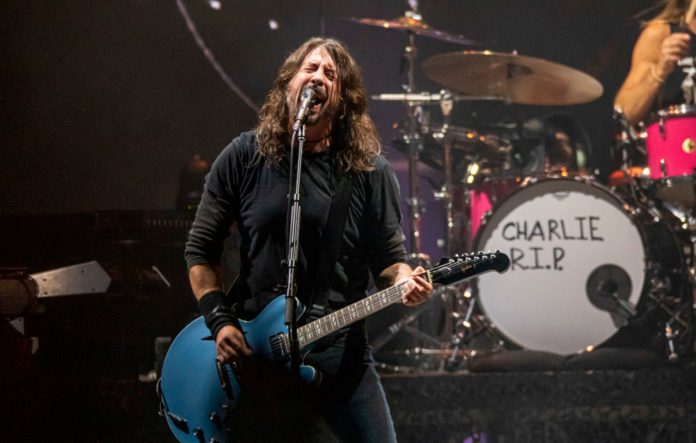 Dave Grohl‘s daughter Violet accompanied X on stage last week for a performance of the veteran punk band’s 1980 track ‘Nausea’ – you can watch it below.

The Foo Fighters frontman’s daughter took to the stage at the Greek Theater on Saturday night (October 23) to celebrate the 40th anniversary of X’s debut album ‘Los Angeles’.

It comes after Violet and Grohl previously shared a cover of the song which they released earlier this year and performed it on Jimmy Kimmel Live! with Nirvana bassist Krist Novoselic, Slayer drummer Dave Lombardo and keyboard player Greg Kurstin.

Before the father-daughter duo released the cover, Grohl revealed that X’s drummer DJ Bonebrake was actually a distant relative of his, which in turn inspired the cover.

“I then had an idea that elaborated even further on the concept of inspiration and family lineage that I am so fascinated with: I wanted to record a song that would not only pay tribute to the people and music that influenced me to become a musician, but also to pay tribute to my long family history,” he explained in a story on his ‘Dave’s True Stories’ Instagram page.

He added: “So, what better song than an X song? And what better person to sing it than my daughter, Violet Grohl, another descendant of Johann Christian Beinbrech.”

You can watch Violet sing ‘Nausea’ with X below:

Speaking in a recent interview, the Foo Fighters frontman revealed that the Beatle once stopped by his house for dinner and ended up tickling the ivories with his then five-year-old daughter.

Elsewhere, Grohl has admitted that he was “scared” to write about Kurt Cobain‘s death in his new memoir The Storyteller.

The book sees the Foo Fighters frontman share some of his life adventures from his early days growing up in the suburbs of Washington DC, to hitting the road at the age of 18, his time as drummer for Nirvana, and all the music that followed.