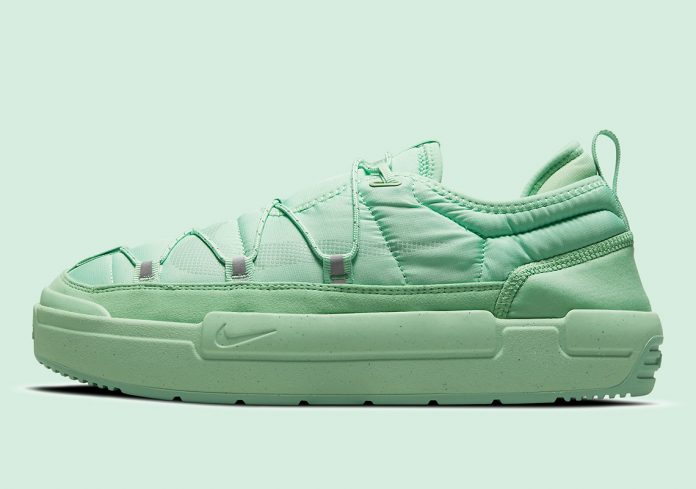 Introduced during the peak of quarantine, Nike Offline is a tangible reminder that one should pay attention to their mental health. And, if need be, unplug, disconnect, and do nothing in an effort to “recharge.” Today, despite things gradually becoming better and better, the series is no less important; soon, it’ll even offer another sequel, which arrives by way of two distinct tonal colorways.

This silhouette is a much heavier departure from the original. Gone are the slides and mules, replaced by a slip-on shoe that is somewhat reminiscent of the Nike ACG Moc. The upper, however, is far more padded, encasing every part of the foot with cushioning. Laces, then, loosely fasten over top, accenting adjacent to a large printed Swoosh and a series of quilt-like stitching. Below, the tooling from the first model makes a return alongside the interchangeable insoles.

For a closer look at the the two pairs, see below. According to EU retailers, a release date is set for November 29th; Nike.com and US stockists should follow suit.

In other news, have you seen the latest SGA Converse Pro Leather?