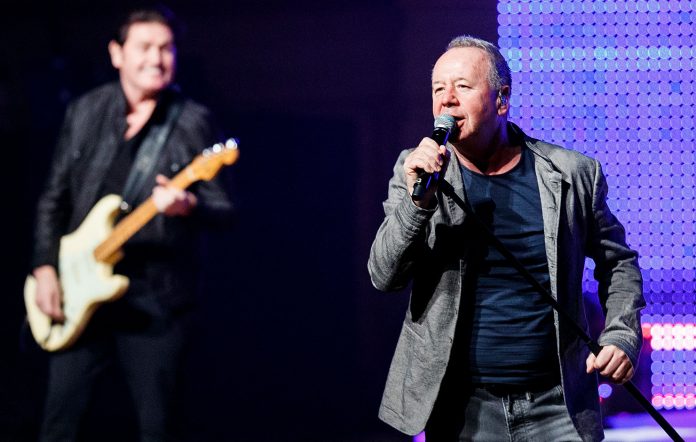 Simple Minds have shared a new version of one of their earliest tracks, ‘Act Of Love’ – listen to it below.

The song is a reimagining of one the earliest songs written baby Jim Kerr and Charlie Burchill in 1978. The song was never recorded or released.

The release of the song coincides with the group’s first performance at Glasgow’s Satellite City in 1978.

You can listen to it here:

Speaking about the track, Kerr said: “Over the years people have asked: ‘When did you think Simple Minds had the potential to make it?’ My stock answer was always: ‘Oh, we didn’t really think about that’. But I realise now that I wasn’t telling the truth. I believed we had something special as soon as I heard Charlie play the riff on ‘Act Of Love’.”

He added: “I was thinking about the excitement of what we were setting out to do. We would rehearse in the afternoon in a derelict building in the Gorbals and I’d walk past Govanhill Library, thinking about the idea of the muse: a voice within that will appear and provide inspiration.

“That’s what the song was about originally. Now I’m looking back, reflecting on how the belief was real. When Charlie played that riff, it made me think we could do this. From that belief becomes your attitude, your body language, the whole culture of the band.”

The group are set to celebrate their 40th anniversary with a tour beginning this spring.

The full list of UK 2022 dates are listed below and you can buy tickets for the shows here.