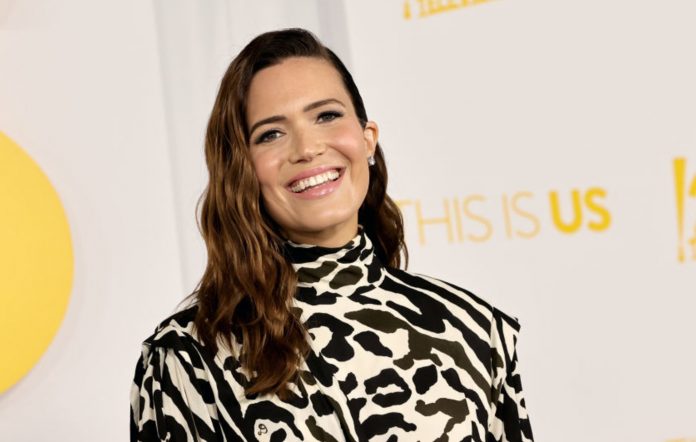 Mandy Moore has revealed that she has some new music “coming very soon” in a new social media post.

The singer, songwriter and actor released ‘Silver Landings’, her first album in 11 years, in 2020, and in a recent Instagram post, she reflected on the release and confirmed that she’s working on new music.

“Nearly 2 years ago, my first record in 11 years came into the world,” Moore captioned a photo of herself in a studio recording vocals. “We were 4 days away from leaving for my first tour since 2007 when the pandemic shut the world down.

“It was hard to sort through the myriad of emotions of what it took to make that music: the disappointment and sorrow of unfulfilled dreams….all while we were collectively grappling with and grieving the tragedy unfolding around the globe. So I turned back to music because that was the only catharsis I could find while stuck at home.”

She continued: “With Taylor Goldsmith and Mike Viola, I started a new record during a very uncertain time… but it was also the mark of the ultimate chapter surrounding impending parenthood.

“Anyway…. all of this to tell you that there is new music coming very soon… and a tour! And I’m staying present and open to this experience revealing itself exactly how it’s supposed to. **** PS: your comments, love and encouragement are so appreciated. Year already made. Thanks, friends!! Hope to see you on the road soon!! Xoxoxo.”

Moore’s return to music in 2019, when she released ‘When I Wasn’t Watching’, her first original song in a decade, came months after a New York Times investigation which reported the ways in which the actions of Moore’s ex-husband Ryan Adams had “stalled” her music career.

The Times investigation, published February 2019, reported that Adams had engaged in “a pattern of manipulative behaviour in which Adams dangled career opportunities while simultaneously pursuing female artists for sex”, and “exploited and then stifled [these female artists’] ambitions”.

“In 2010, Adams offered to work on [Moore’s] next album; when she parted ways with her music manager, Adams discouraged her from working with other producers or managers, she said, effectively leaving him in charge of her music career,” the Times reported.

“His controlling behavior essentially did block my ability to make new connections in the industry during a very pivotal and potentially lucrative time – my entire mid-to-late 20s,” Moore told the NYT. Her divorce from Adams was finalised in 2016.

In a later conversation with Marc Maron, Moore described her marriage to Adams as “an entirely unhealthy dynamic”. She added, “I felt like I was drowning. It was so untenable and unsustainable and it was so lonely. I was so sad. I was lonely with him.”