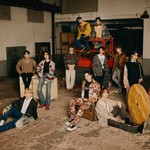 K-pop superstars Seventeen announced the upcoming <Power of Love> online concert series on Wednesday (Oct. 27). The shows, on Nov. 14 and 21, will be the 13-member group’s first concert in almost 10 months and, according to a release, will showcase songs from their Power of Love project, as well as tracks from their No. 1 Billboard Top Album project Your Choice and their recently released ninth EP, Attacca.

Both shows will be broadcast live and will be organized around the themes of “power” and “love,” respectively. The release also promised that in addition to a diverse setlist, the gigs will feature three “concept screens” that will give the viewer a four-screen, immersive experience.

Ticketing for the event will open on the Weverse shop at 12 p.m. KST (11 p.m. ET) on Friday (Oct. 29). In a recent interview with Billboard the group opened up about their quick return after Your Choice, the album’s message of love and getting members of their official fan group, CARATs, involved in the music-making process.

“We’re not taking any breaks,” Hoshi said, with S.Coups adding: “We worked even harder since we’re not able to meet everyone in person right now. We wanted to connect more frequently, at least through our music.” Your Choice: 8th Mini Album debuted at No. 1 on Billboard’s Top Album Sales chart, selling 20,500 copies in the U.S. in the week ending June 24, according to MRC Data.

“We’re very glad that we’re able to show our continuous growth and we’re so thankful to our CARATs who made all this possible,” Mingyu said about Attacca.