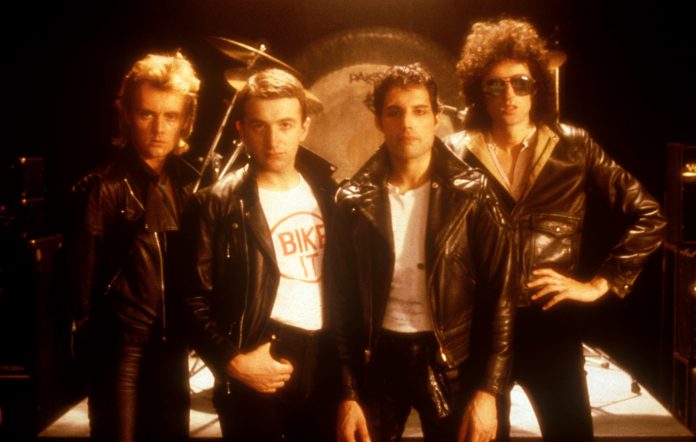 A new Queen pop-up store, Queen The Greatest, has unveiled a line of limited seven-inch vinyl soon for sale at London’s Carnaby Street.

The vinyl series will comprise four unique editions, each release dedicated to the work of a Queen band member.

The tracks were personally curated by Brian May and Roger Taylor, with each A-side representing a hit song and the B-side a deep cut written by a respective band member. Each vinyl copy is individually numbered and comes with a member’s printed signature.

Its first – for drummer Taylor – was released last Friday and has since sold out. It features ‘Radio Ga Ga’ on its A-side and ‘I’m In Love With My Car’ on the B-side on blue vinyl.

As revealed in a press release, the remaining seven-inch releases will be issued weekly, with one for Freddie Mercury releasing this Friday (October 15). Mercury’s release features ‘Somebody To Love’ and ‘You Take My Breath Away’ on yellow vinyl.

John Deacon’s release, due October 22, will feature ‘Spread Your Wings’ and ‘One Year of Love’ on green vinyl. The series will conclude with a release for May on October 29, featuring ‘We Will Rock You’ and ‘Sail Away Sister’.

All four editions have been printed at 1000 copies – 500 available at the pop-up store, and 500 online at its official website.

Queen The Greatest opened at Carnaby Street last month (September 28) and also features a range of exclusive merchandise for sale.

Last week, it was revealed that May had begun working on a new Queen song but then “suddenly lost interest”, according to Taylor.