HomeNewsMigos Reveal Why Takeoff Was Absent From "Bad & Boujee"
News

Migos Reveal Why Takeoff Was Absent From “Bad & Boujee” 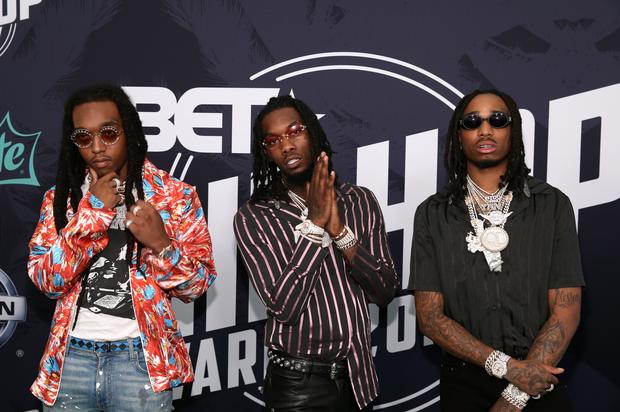 Quavo and Takeoff have revealed why Takeoff was infamously left off of the Migos’ hit song, “Bad and Boujee.” Speaking with Rap Radar for an upcoming interview, the two explained that it was an issue of timing.

“Was it something about ‘Bad And Boujee’ why you didn’t wanna rap on that beat? Why wasn’t you on that song when it came out?” Elliott Wilson respectfully asked in a clip shared on his Twitter ahead of the interview’s full release.

“I just think it was just timing,” Quavo replies. “We was just trying to get something out. We was actually pissed off because we ain’t have no music out. I think like a couple months before the whole little wave and we was going through the litigation with 300 [Entertainment], so we ended up leaking ‘Bad N Boujee’ on SoundCloud first. Sh*t, I wasn’t even gonna be on it. I had to do my verse on some quick fast in a rush sh*t. So it was just like everybody running to the song and trying to get it done.”

Takeoff’s absence on “Bad and Boujee” was a major talking point when the song was released back in 2016. When the group was asked about it in 2017 by Joe Budden and DJ Akademiks, the three rappers were visibly upset, prompting a viral clip of them butting heads with Budden.

The song went on to land Migos a nomination for Best Rap Performance at the 60th Annual Grammy Awards. It peaked at number one on the US Billboard Hot 100.

Check out Quavo and Takeoff’s explanation below. Their full appearance on Rap Radar is expected to release on Thursday, August 18.