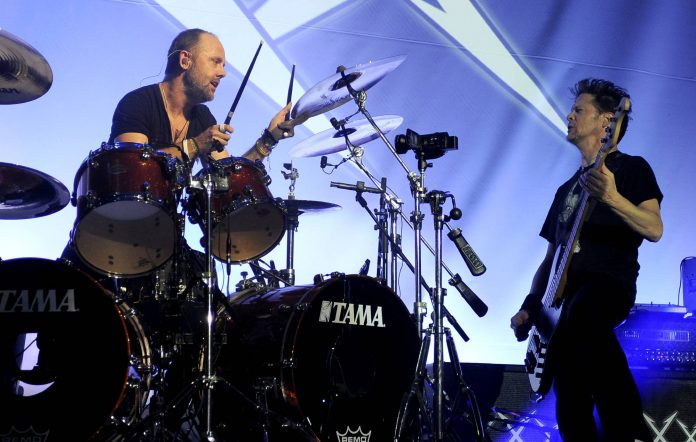 Metallica have admitted they “weren’t equipped” to deal with former bassist Jason Newsted’s exit in 2001.

He played with the band from 1986 but quit after becoming frustrated over his lack of creative input.

Now, the band have admitted had they been equipped with a different mindset, Newsted may have remained in Metallica.

“Jason is the only member of Metallica who has ever left willingly,” drummer Lars Ulrich told Apple Music in a new interview. “And that in itself is a statistic. And the resentment from James and I was just so… You can’t do that. You can only leave if we want you to leave. And then we weren’t equipped at the time to do a deep dive into why he was leaving. So of course, now you can see 20 years later, it makes complete sense.”

He continued: “We write the songs. We make the decisions. We do all of it. You have no creative outlet in this band. You have no creative voice. Then when you go and do something that gives you satisfaction in a way for you to express yourself to the rest of the world, then we get pissed at you. Then that resentment then goes to you leaving the band. I mean, that’s kind of psychiatry 101 here. But we weren’t equipped to see that side of it.”

Newsted previously said that his sudden departure in 2001 “enabled” the band to continue.

“They would not be doing what they’re doing now if I hadn’t made that move then and I knew what was best for everybody at the time,” he said. “Whether I was prophetic and saw these things ahead of time, that I knew the inner rumblings, what would take place and what would unfold… I knew about people’s issues and stuff.”

Ulrich also recently said he still finds it “surreal” that Metallica have a “record of this magnitude’ in ‘The Black Album’.