HomeNewsBillie Eilish adds Australia and New Zealand leg to ‘Happier Than Ever’...
News 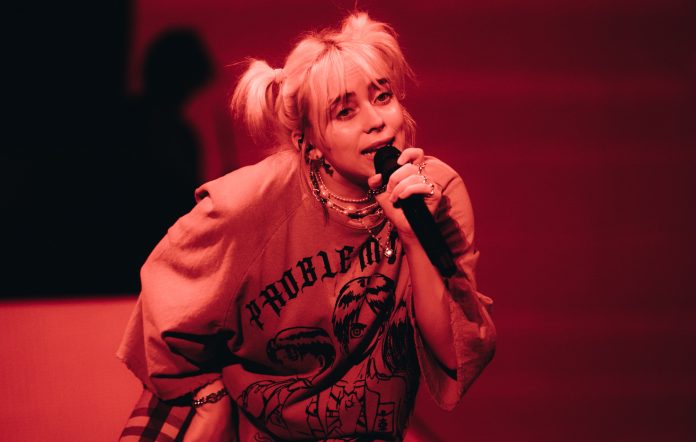 Billie Eilish has announced a new suite of dates for her forthcoming world tour, taking the pop megastar to Australia and New Zealand next September.

The five-date leg is set to kick off at Auckland’s Spark Arena on Thursday September 8, before Eilish and her entourage dip off to Australia for shows in Sydney, Brisbane, Melbourne and Perth.

Ticket sales for all dates will go live at 11am local time next Friday (October 15), with a series of presales running from the Monday prior (October 11). More details on those are available from a site purpose-built for the tour.

READ MORE: Billie Eilish made a powerful statement about body shaming, and the response proved just how necessary it was

Eilish has also teamed up with environmental nonprofit REVERB to make the tour “climate positive”, which a statement says will “[eliminate] significantly more emissions than the tour creates”.

Each show will host a popup area – branded the Billie Eilish Action Village – focussed on climate action and justice, with the aim being to “host and support local and global environmental organisations as well as a comprehensive program via REVERB’s Music Climate Revolution campaign”.

According to REVERB: “In addition to reducing the tour’s environmental footprint, the initiative will support projects that directly and measurably eliminate greenhouse gases.”

The new run of shows come on the back of a sprawling world tour announced earlier in the year, with over 50 dates split between the UK and US throughout the first half of 2020. The UK jaunt has been particularly hyped, with Eilish playing six arena shows in London alone.

The world tour comes in support of Eilish’s second album, ‘Happier Than Ever’, which landed in July to widespread acclaim. In a five-star review, NME’s El Hunt said it “fully establishes Billie Eilish as one of her generation’s most significant pop artists – and, better still, does so without repeating a single trick from the debut that turned her life upside down”.

Singles from the album included ‘My Future’, ‘Therefore I Am’, ‘Your Power’, ‘Lost Cause’ and ‘NDA’, as well as its title track. The release was followed up last month with a concert film, Happier Than Ever: A Love Letter To Los Angeles.

Earlier this week, it was announced that Eilish would be headlining next year’s Glastonbury Festival, making her the youngest ever solo act to top the festival’s bill. The news came shortly after her headlining set at the Austin City Limits festival, during which she condemned Texas’ newly enacted anti-abortion laws.

The singer has been a staple of the 2021 festival circuit; in addition to her Austin City Limits set, Eilish has delivered headline performances at the likes of Life Is Beautiful and the iHeartRadio Music Festival. In her set leading last month’s Governor’s Ball, she called out the festival’s security for “not paying attention” to her rowdy audience.

Also this month, Eilish was confirmed to be voicing Sally in a pair of live-to-film concert performances of The Nightmare Before Christmas, set to take place in Los Angeles at the end of October.

Elsewhere in 2021, Eilish has been flexing her entrepreneurial muscles – in September alone, she launched her own vegan Air Jordan sneakers and a branded Amazon Echo Studio speaker.

The post Billie Eilish adds Australia and New Zealand leg to ‘Happier Than Ever’ world tour appeared first on NME.