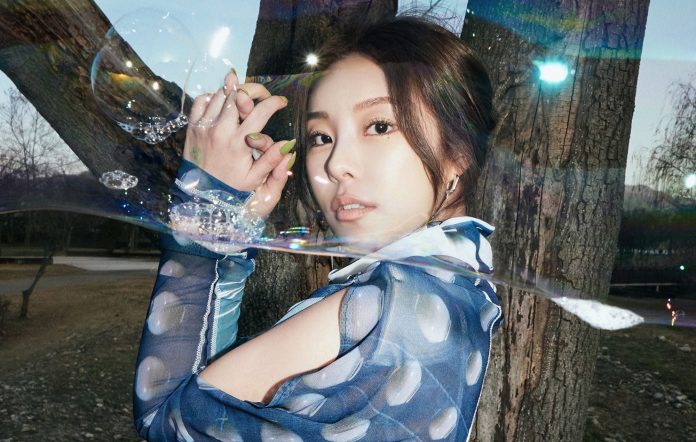 READ MORE: Rising singer-songwriter msftz: “I hope people will think of me as a storyteller”

The record was released yesterday (January 16), alongside the stunning music video for title track ‘Make Me Happy’ (‘오묘해’ in Korean). In the whimsical, dream-like visual, Wheein explores different breathtaking realms within an extravagant house.

Every door leads to a magical room, each filled with vibrant flowers and butterflies that accompany the singer as she makes her way through the luxurious mansion. “You are mysterious in some way / Something strange, continue to be mysterious / Secretly, my heart is being touched,” she sings on the chorus.

‘Whee’ marks the idol’s first solo release under new label, THE L1VE. The project includes a total of six tracks, including ‘Pink Cloud’ and ‘Letter Filled With Light’, the latter of which was penned by Wheein herself.

Meanwhile, the lyrics for ‘Make Me Happy’ are written by VIXX’s Ravi, the founder of the THE L1VE. He had also participated in the writing and composing of tracks like ‘Deserve (Interlude)’ and ‘Pastel’.

“As much as I’ve laid bare my emotions and thoughts in this album, I hope my voice will reach your hearts and many of you will find the songs relatable,” shared the singer through a press release. “Through my upcoming album promotions, I’ll concentrate on showing the various sides of me. I ask for your continued interest and support!”

In December, Wheein teamed up with THE L1VE labelmate Ailee on the duet ‘Solo Christmas’ for the holiday season. That song had been the former’s first project under the new label, and marked the first collaboration between the duo.