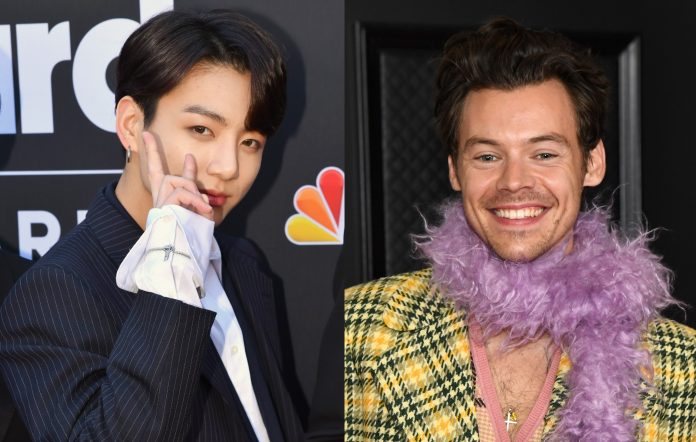 Shared to the official BANGTANTV YouTube today (October 29), Jungkook’s rendition stays true to the original, with his vocals mirroring those of Styles. Listen to the intimate cover below.

It’s the latest of several popular covers Jungkook has shared on both YouTube and SoundCloud over the years, including renditions of Charlie Puth‘s ‘We Don’t Talk Anymore’, Adam Levine‘s ‘Lost Stars’ and Justin Bieber‘s ‘Nothing Like Us’, ‘Purpose’ and ‘2U’.

It arrives fresh off the back of BTS’ virtual concert ‘Permission To Dance On Stage’, which saw them return to Seoul’s Jamsil Stadium for the first time in two years. Speaking of the concert in a five star review, NME described it as “another flawless example of the group’s ability to adapt, excel and conquer, even when life’s path is anything but smooth.”

They’ll be taking the concert live to the masses next month, with performances at LA’s SoFi Stadium in November and December.

It was recently announced that BTS, along with fellow K-pop band Tomorrow X Together (TXT) and Netflix’s Squid Game, are in the running for the 2021 US People’s Choice Awards. The winners will be revealed at the ceremony on December 9.

Meanwhile, Styles has been touring the US for his run of ‘Love On Tour’ shows.