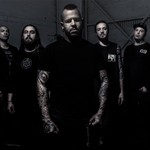 Bad Wolves, its manager Allen Kovac and the label he founded, Better Noise Music, have settled their lawsuits with the metal band’s former singer, Tommy Vext, they tell Billboard.

Vext, a former hardcore punk singer formerly of the bands Divine Heresy and Westfield Massacre, announced he was leaving Bad Wolves on Jan. 8 to launch his own solo career, but later claimed he was forced out because of his politics. He filed a lawsuit against Kovac in July on this claim, alleging breach of contract and breach of fiduciary duty, saying that he was pushed out after criticizing Black Lives Matter protests and endorsing former President Donald Trump’s re-election.

The next month, Better Noise filed its own lawsuit against Vext, accusing him of copyright infringement, breach of contract and unjust enrichment. The suit claimed Vext was trying to block his former bandmates from using the Bad Wolves name, while promoting his own tour under the “confusingly similar name ‘B@D W8LV3S’ in a blatant attempt to confuse concertgoers.” He also allegedly breached the exclusivity agreement in his recording contract with Better Noise by posting new music on social media and on his OnlyFans account, including existing recordings owned by the label.

Now, ahead of Bad Wolves’ new album, Dear Monsters, out Friday, the band is trying to put this chapter past it and has settled with Vext. The band can now continue to release music and tour under the Bad Wolves name and Vext his able to release new music independently or with another label. Other terms of the agreement were not disclosed.

“Bad Wolves and its co-founder John Boecklin, alongside their label Better Noise, manager 10th Street Entertainment, and publisher 5-19, have collectively resolved their disputes with Tommy Vext,” the parties said in a joint statement. “A partnership can sometimes lead to divorce. Artists have creative differences and argue over songs, credits, and much more; however, if both sides believe in their own talents, they find a path to go their separate ways. This is a settlement with no winners and no losers; it’s beneficial to everyone in order to move on and bury the hatchet. This is a new beginning and a bright future for all those concerned. We’re all excited to get back to what’s important, and that’s the music. Bad Wolves and Tommy wish each other the best going forward, and ask that their fans respect this decision.”

Bad Wolves is now fronted by Daniel “DL” Lasckiewicz, formerly of The Acacia Stain, and currently has the No. 7 song at Mainstream Rock radio, “Lifeline” — it’s latest hit on the chart dating back to the band’s platinum-selling cover of The Cranberries’ “Zombie.”