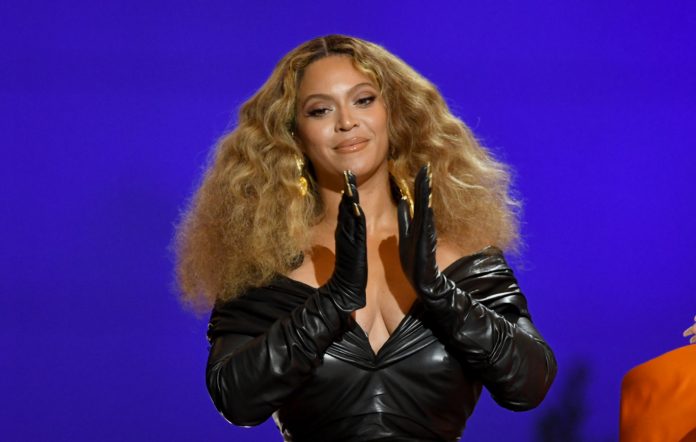 Beyoncé has shared a new track called ‘Be Alive’ – you can listen to it below.

The song was previewed in a trailer for the Venus and Serena Williams biopic King Richard last month.

READ MORE: The most revealing lyrics from Beyoncé’s ‘Lemonade’

“It feels so good to be alive/ Got all my family by my side/ Couldn’t wipe this black off if I tried/ That’s why I lift my head with pride,” Beyoncé sings in the piano-led, stripped-back first verse.

Directed by Reinaldo Marcus Green (Monsters And Men), King Richard is set to arrive in cinemas and on HBO Max next Friday (November 19).

As Hip Hop N More reports, Bey’s contribution to the project came about after a preview screening of the biopic inspired her to write a song. “The marriage of a movie and a song is a kind of magic that’s unmatched in entertainment,” Smith said. “I was so happy when Beyoncé called.”

According to Warner Bros., King Richard presents Smith’s character as “an undeterred father” with a “relentless drive and unapologetic vision to change the game” who is “instrumental in raising two of the most extraordinarily gifted athletes of all time, who will end up changing the sport of tennis forever.”

Beyoncé confirmed she was working on new music over the summer. “I’ve been in the studio for a year and a half,” she explained. “Sometimes it takes a year for me to personally search through thousands of sounds to find just the right kick or snare. One chorus can have up to 200 stacked harmonies.”

She continued: “Still, there’s nothing like the amount of love, passion, and healing that I feel in the recording studio. After 31 years, it feels just as exciting as it did when I was nine years old. Yes, the music is coming!”

The star is yet to release the follow-up to her latest album, the acclaimed ‘Lemonade’, which came out in 2016. She released ‘Everything Is Love’, her collaborative record with Jay-Z, in 2018.