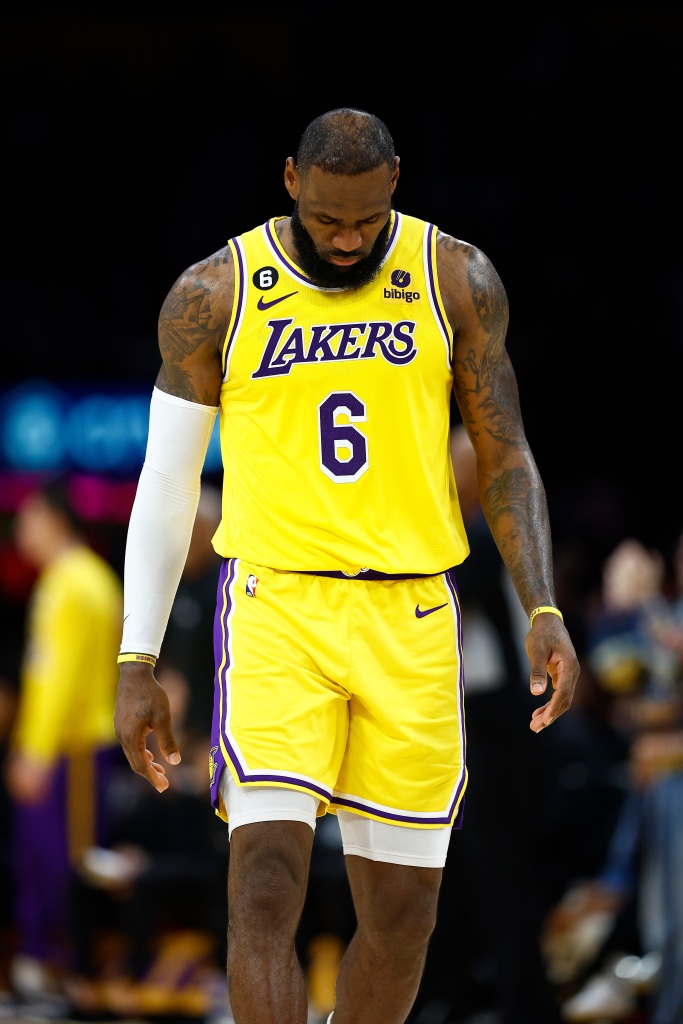 LeBron James has been carrying the Los Angeles Lakers on his back throughout the entire season. Overall, the Lakers have not been particularly good. However, LeBron has been extremely fun to watch. At 38 years old, he continues to put up some truly incredible stat lines.

For instance, James scored 46 points against the Los Angeles Clippers last night. This was a huge performance, especially since he is only a few games away from breaking the scoring record. With each huge performance, he gets that much closer to toppling Kareem Abdul-Jabbar’s longstanding record.

LeBron James #6 of the Los Angeles Lakers in the second half at Crypto.com Arena on January 24, 2023 in Los Angeles, California. (Photo by Ronald Martinez/Getty Images)

LeBron On The Bench

During the game against the Clippers, it was clear that the Lakers would lose. They just didn’t have enough fire power to keep up, especially with Kawhi Leonard back for the Clippers. Needless to say, it was a rough outing for the Lakers, who could not stay afloat.

Of course, this was very frustrating for LeBron James, who did everything he could to help his team win the game. Furthermore, he had to endure his teammates fighting on the bench. For instance, Russell Westbrook and Dennis Schroder got into it over a turnover. Subsequently, this led to a hilarious clip of LeBron on the bench, where he looked absolutely fed up with everyone around him.

Overall, the Lakers still have a lot of work to do if they want to go to the playoffs. Rui Hachimura should be coming in shortly, while the Lakers are looking to make additional moves by the trade deadline. Hopefully, for LeBron, he can get at least a bit of help so these performances don’t go to waste.

Let us know what you think of the Lakers’ situation, in the comments down below. Additionally, stay tuned to HNHH for more news from around the sports world.