HomeNewsRich The Kid Gets Tattoo In Honor Of Takeoff
News

Rich The Kid Gets Tattoo In Honor Of Takeoff 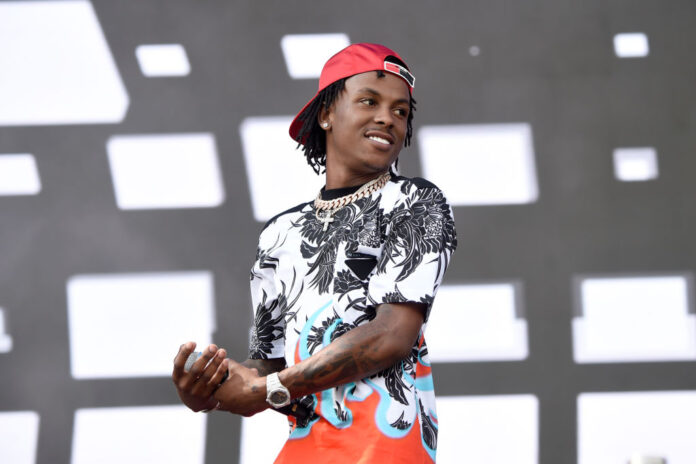 Rich The Kid has gotten Takeoff’s name tattooed on his hand in honor of the late Migos rapper. Takeoff was shot and killed in Houston back in November.

The tattoo spreads across the top of his hand and is written in purple ink.

PHILADELPHIA, PA – SEPTEMBER 02: Rich the Kid performs onstage during the 2018 Made In America Festival – Day 2 at Benjamin Franklin Parkway on September 2, 2018 in Philadelphia, Pennsylvania. (Photo by Kevin Mazur/Getty Images for Roc Nation)

Rich The Kid and Takeoff were close prior to his death. Following his passing, Rich penned an emotional message on social media. He also shared a text message exchange between the two of them.

“Today I lost more than a brother. My twin, my best friend, everything. I don’t wanna believe it, I can’t,” he began his post. “The most humble person I know. We used to share shoes [and] clothes before we made it with no problem! I miss you already. You didn’t deserve that! I can’t stop crying. I love you so much bro, forever.”

As for the texts exchanged, Rich wrote, “Buzzin, I miss you,” while Takeoff responded, “Miss [you] too, Buzzin.” He also included numerous pictures of the two of them.

In early 2022, Takeoff and Rich The Kid teamed up to release the collaborative single, “Crypto.” Later in July, both Offset and Takeoff attended Rich’s 30th birthday party in New York City.

At the time of Takeoff’s death, Houston police chief Troy Finner stated that the department didn’t believe him to be the intended target. Two other people suffered non-life-threatening injuries during the attack as well.

Takeoff’s Migos partner, Quavo, recently dropped a tribute track for the late rapper titled “Without You.”

Check out Rich The Kid’s tattoo in honor of Takeoff below.