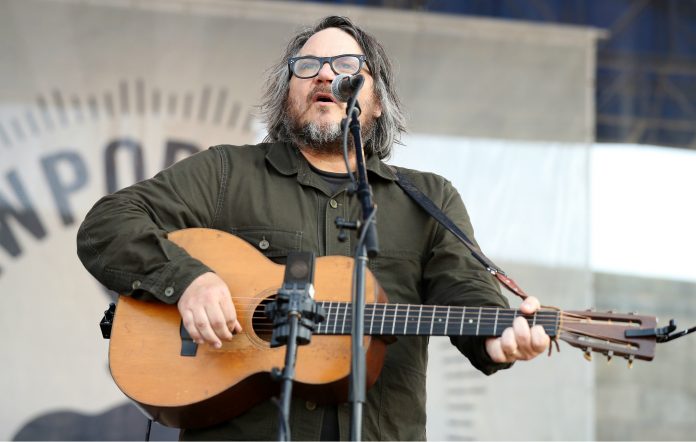 ‘C’mon America’, the A-side on the seven-inch vinyl release, is a slacker-influenced number plucked “from an unreleased group of songs with mostly sci-fi lyrics”. Meanwhile, ‘UR-60 Unsent’ was described by Sub Pop as “a pitiful tale of an unsent lovesick mixtape, taken from a separate batch of unreleased songs with mostly pitiful lyrics”.

Listen to the two tracks below:

The sixth volume of Sub Pop’s Singles Club will also include contributions from TV Priest, Hand Habits and Porridge Radio, among other acts. The vinyl collection is released December 7.

Tweedy released his latest solo album ‘Love is the King’ in 2020, a year after Wilco released their 11th LP, ‘Ode to Joy’. The band are currently celebrating the release of ‘Ode to Joy’ with a US tour, following on from their ‘It’s Time’ co-headline tour with Sleater-Kinney back in August.

Since the release of ‘Love is the King’, Tweedy has performed a number of covers including Japanese Breakfast’s ‘Kokomo, IN’, Angel Olsen and Sharon Van Etten’s ‘Like I Used To’ and the Ted Lasso theme. He also contributed to the debut album of the Parks and Recreation fictional band Mouse Rat.