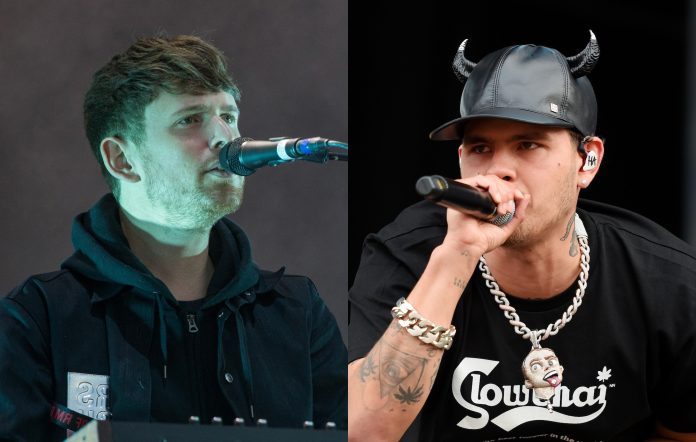 James Blake has shared a new mix of his track ‘Funeral’, linking up with Slowthai to add an extra punch of heartrending emotion to the already poignant ballad.

READ MORE: Slowthai at Reading Festival 2021: rap devil defies you to ‘cancel’ him

The new version of ‘Funeral’ stays largely faithful to the original, with the sole addition being Slowthai’s pensively rapped second verse. On it, he spits: “I spread my wings, I got a nose bleed / I been the dust on top of trophies, the rust that makes it homely / The crust that no one wants, I was forgotten, I’ve gone mouldy.”

Take a look at the film clip for the Slowthai-featuring ‘Funeral’ remix below:

The ‘Funeral’ redux comes just days after the track was initially released, appearing on Blake’s fifth album ‘Friends That Break Your Heart’. Following a month-long delay, the record dropped last Friday (October 8) via Republic / Polydor, and was flanked by the singles ‘Say What You Will’, ‘Life Is Not The Same’ and ‘Famous Last Words’.

The album also features collaborations with the likes of SZA, JID and Joji, as well as production from Blake’s partner, Jameela Jamil. Jamil recently spoke out against criticism she’d received after being credited on the album, calling her detractors “part of the problem of why women don’t pursue producing”.

Blake is set to take ‘Friends That Break Your Heart’ on the road next year, having recently announced a UK and European tour to kick off at the tail end of April. He’s also locked down to perform a one-off “intimate solo piano show” in Kingston.

This week’s new version of ‘Funeral’ marks the second time Blake and Slowthai have joined forces, with the former appearing on Slowthai’s 2020 single ‘Feel Away’ (which also featured Mount Kimbie).

The rapper has stacked his year with a full slate of show-stopping collaborations, dropping tracks with names such as IDLES, Kevin Abstract, Shygirl and Pa Salieu in the last few months. His own second album, ‘TYRON’, was released back in February. It scored a five-star review from NME, and debuted at Number One in the UK.

Fans can also catch Slowthai on tour in the first half of next year, with a huge tour of the UK and Ireland locked in for March.