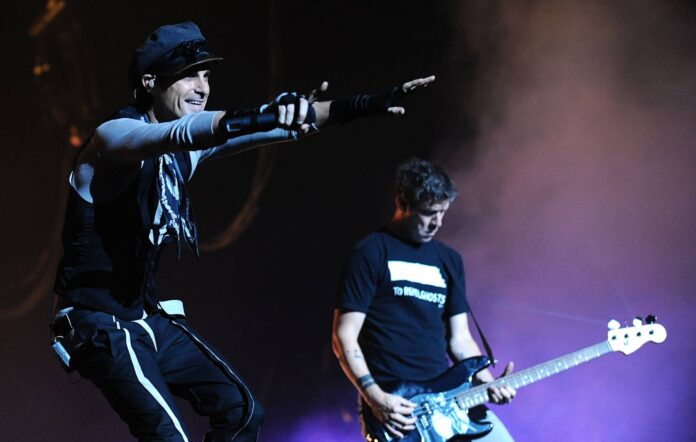 Jane’s Addiction have appeared to announce the return of their original bassist Eric Avery in a new in-the-studio video – you can watch the clip below.

Back in April, the band’s frontman Perry Farrell voiced his hope that Jane’s Addiction would record new music at some point in 2022.

The band are yet to follow up their 2011 studio album ‘The Great Escape Artist’, although they have released a number of live records in recent years, as well as the standalone single ‘Another Soulmate’ in 2013.

The Jane’s Addiction Twitter account shared a new 10-second video yesterday (August 17) which appeared to show Farrell and Avery working on music in the studio.

While the clip doesn’t feature any audio other than guitar feedback, Avery can be seen playing bass while Farrell lays down some vocals – you can watch the video below.

Avery, a founding member of the band, hasn’t been a part of Jane’s Addiction since 2010, having rejoined the band for their 2008 reunion. Chris Chaney has played bass for the band since Avery’s 2010 departure.

The band recently performed at Lollapalooza, where they were joined by Smashing Pumpkins frontman Billy Corgan for a cover of Led Zeppelin’s ‘When The Levee Breaks’.