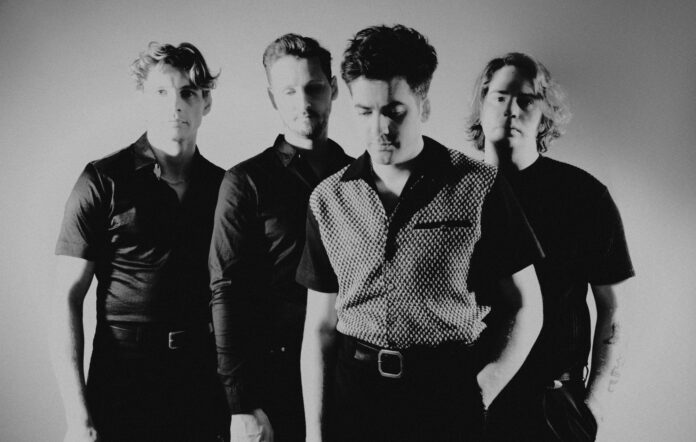 Circa Waves have made a surprise return with their new single, ‘Hell On Earth’ – you can listen to it below.

The song is said to signal “the start of a new era” for the Liverpool band, whose latest album ‘Sad Happy’ came out in early 2020. The track received its first play last night (August 17) on BBC Radio 1.

READ MORE: Circa Waves on their ‘Sadder Happier’ EP: “I was quite pissed off when I wrote these songs”

“‘Hell On Earth’ is about the world moving so fast around you you’re struggling to keep up,” explained frontman Kieran Shudall of the stomping, energetic number in a statement.

“Record stores closing, politicians lying more than ever, social anxiety at its highest level and that general feeling some days that everything is going wrong.”

In the anthemic chorus, Shudall sings: “I think I’ve died and gone to hell/ And I don’t care/ I don’t care cos it was hell on earth.” Listen to the single here:

An official music video for the single – directed by Circa Waves themselves – is due to premiere on YouTube at 7pm BST this evening (August 18). Tune in here.

Circa Waves are set to perform on the Main Stage East at Reading & Leeds 2022 next weekend. The shows will follow recent appearances at Benicassim in Spain, and Community Festival in London.

In a review of the latter gig, NME noted that the band had pulled a “massive crowd” but suffered from “some on-stage technical problems”.

“Trying to make up for lost time, vocalist Kieran Shudall lets fans decide between ‘Stuck In My Teeth’ and ‘Be Your Dog’ in an effort to reduce the setlist, with the former a clear winner.

“Less than ten seconds into the song, Shudall realises he’s got the wrong guitar but plays on anyway. ‘It’s fucking chaos London, but we fucking love it.’ The closing one-two of ‘Jaqueline’ and ‘T-Shirt Weather’ amply prove that.”

Circa Waves released a surprise EP called ‘Sadder Happier’ in May 2020. Details of their next project currently remain under wraps.

The post Circa Waves put the world to rights on surprise new single ‘Hell On Earth’ appeared first on NME.