HomeNewsJack Harlow has opened up about his “dream” collaboration
News

Jack Harlow has opened up about his “dream” collaboration 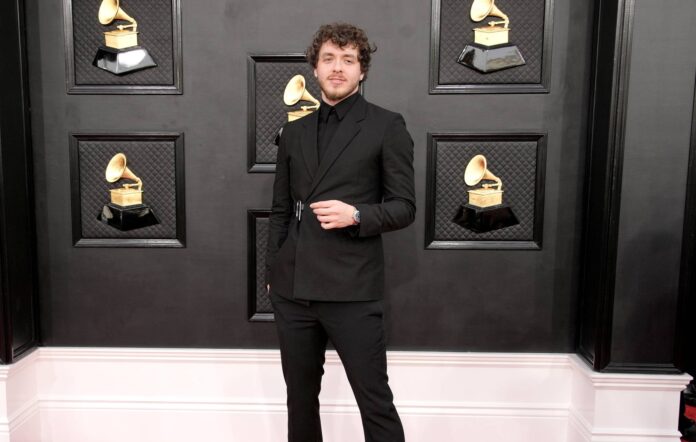 Jack Harlow has opened up about who his dream collaboration would be in a new interview.

Speaking on TODAY’s Citi Concert Series, Harlow recalled how he first got into music before revealing who he most wants to collaborate with – and how he hopes it will still happen yet.

When asked, he replied: “Andre 3000, that’s a big one I’ve been manifesting for a while,” he explained.

“A lot of the collaborations you just named are ones that in interviews over the years I hadn’t done yet,” he replied to the interviewer who listed names of some of his previous collaborations. “I was like man, I just want Pharrell, Drake — and then they would happen. I’m just gonna keep saying Andre 3000 with faith that it will happen.”

Watch some clips from the interview here:

“A lot of my songs are sing-alongs and feel-good experiences so there’s a warmth that brings us all together.” @jackharlow is opening up about his ‘Come Home The Kids Miss You’ tour, advice his mom gave him, and more #JackHarlowTODAY @Citibank #citiconcertseries pic.twitter.com/CqEBnDc3vV

Jack Harlow is opening up about feeling the energy of the crowd, how his mom introduced him to hip-hop, and his dreams — including one day playing the Halftime show at the Super Bowl @jackharlow #JackHarlowTODAY @Citibank #citiconcertseries pic.twitter.com/wiSUj9F8RD

Meanwhile, Harlow has been announced as one of the co-hosts of this year’s MTV Video Music Awards alongside Nicki Minaj and LL Cool J.

This year’s awards ceremony will take place on August 28 at the Prudential Center in Newark, New Jersey.

Minaj, Harlow, Lizzo, Måneskin, Anitta, BLACKPINK, J Balvin, Marshmello x Khalid and Panic! At The Disco are all set to perform on the night, with further live acts set to be announced soon.

Harlow is nominated in seven awards categories at this year’s VMAs (as are Lil Nas Xand Kendrick Lamar), while Minaj will receive the Michael Jackson Video Vanguard Award. LL Cool J previously received the honour in 1997.

Harlow and Måneskin have both withdrawn from scheduled appearances at this year’s Reading & Leeds Festival in order to attend the VMAs 2022.

In a statement that was shared earlier this week, R&L organisers said that they were “saddened” that both acts had “decided to perform at an award show the same weekend they were confirmed to play Reading & Leeds”.

This afternoon (August 18), R&L confirmed that Charli XCX and AJ Tracey will be taking Måneskin and Harlow’s places respectively on the 2022 line-up. The festivals are due to kick off next Friday (August 26).

The post Jack Harlow has opened up about his “dream” collaboration appeared first on NME.