HomeMusicJ Balvin Confirmed as Emcee For 2021 Beyond The Streets Art Fair:...
Music

J Balvin Confirmed as Emcee For 2021 Beyond The Streets Art Fair: Exclusive 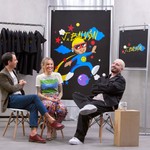 J Balvin has been confirmed for the 2021 Beyond the Streets art fair, a celebration of graffiti and street art, where he will serve as the event’s emcee, Billboard can exclusively announce today (Nov. 15).

“Balvin is a known art collector and has a clear vision for aesthetics. His home is a sanctuary where art is the protagonist, making him the perfect emcee for this year’s Beyond the Streets,” notes an official press statement.

Further expanding his partnership with the livestream shopping platform, Balvin’s integrated role will include daily episodes where he’ll be joined by Cleon Peterson, Beyond the Streets’ artistic director and L.A.-based photographer Estevan Oriol; in-depth art conversations with Peterson, Oriol, DABSMYLA, and Gustavo Zermeño Jr., that will dive deeper into today’s art landscape and the creative process behind their work; and exclusive limited-edition product releases by Balvin in collaboration with DABSMYLA.

The virtual art festival, which is “mainstay for art fans and continues Gastman’s vision as a longtime champion of graffiti as a contemporary art form,” will also launch exclusive products across fine art, collectibles, apparel, and home goods.