HomeNewsHitmaka Revisits Memories With DMX, Remembers When He Slept Outside Next To...
News

Hitmaka Revisits Memories With DMX, Remembers When He Slept Outside Next To His Benz 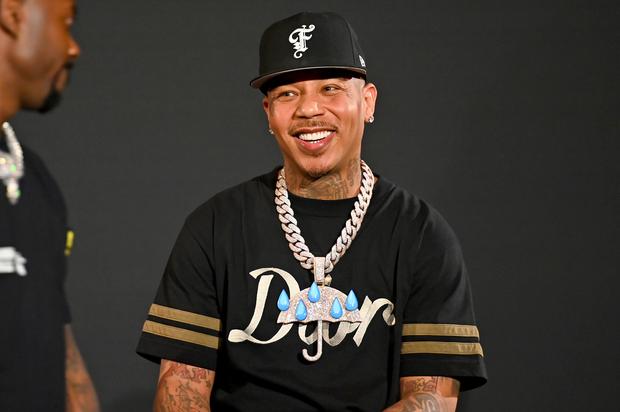 The history of DMX runs deep, and often, his collaborators come forward with untold stories. The world lost an incredible talent when DMX passed away last year, and his memory is forever etched into music history as his catalog still brings joy to his millions of fans worldwide. It was known that throughout his life, X struggled with addiction as he often faced his innermost demons, but his kind-hearted nature made him a respected Hip Hop icon that continues to be celebrated by his peers.

In 2001, Hitmaka was just a teen when he signed to DMX’s Bloodline Records. He has spoken about his time with X over the years, and he revisited those memories once again when he sat down with My Expert Opinion.

During their conversation, Hitmaka spoke about his time with X’s label and shared a story of a moment just before he parted with Bloodline. The producer said he was in Toronto in a studio session with DMX who allegedly drank two-fifths of “Remy Grand Cru by himself.” When their time in the session was over, everyone left the building, but once outside, they realized that X’s keys were still in the studio.

“The n*gga was so in his bag, and he’s such a dog that the n*gga was like, ‘Ay yo, leave me the f*ck alone real quick.’ N***a laid down and [imitates dog whimpering] was crying like a dog, n*gga!” said Hitmaka. “And just went to sleep, n*gga, on a corner n*gga by his car n*gga on the sidewalk or whatever.”

At the time, the response from the others surprised him. “And n***as was like, ‘You don’t wake up the dog when he’s sleeping.’ Boy, we stayed out there for like, five hours while that n*gga just slept by his Benz, the whole sh*t.” The hosts wanted to know if seeing DMX in that state caused Hitmaka to change his perception of the Rap icon.