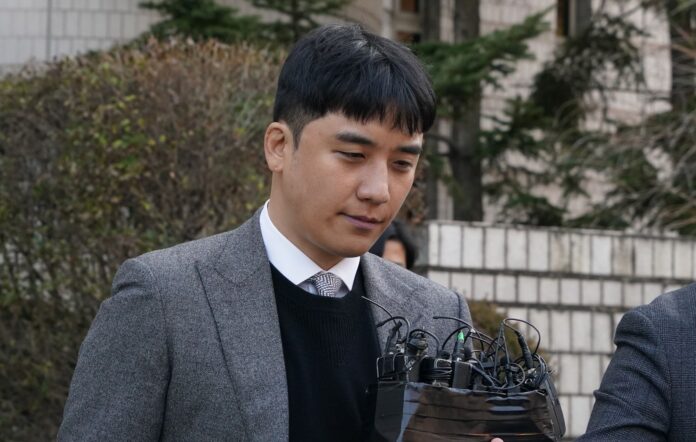 Former K-pop idol Seungri, who was once part of the boyband Big Bang, will serve the entirety of his 18-month jail sentence after a South Korean court upheld the sentence.

Today (May 26), the South Korean Supreme Court rejected the 32-year-old singer’s appeal for a lighter sentence, over nine separate charges he received over his involvement in the Burning Sun scandal, according to SBS Star.

The singer was originally sentenced to three years behind bars in August 2021, after a lower court found him guilty of all nine charges, which ranged from misappropriating funds to procuring prostitution for investors. At the time, he had also been ordered to pay ₩1.15billion (roughly £700,000) in restitution.

However, Seungri’s sentence was halved earlier this year in January when the High Military Court of the Ministry Of Defense in Seoul held the final appeal trial. The reduction of the sentence arrived after Seungri reportedly pled guilty to all charges, along with an expression of formal intention to reflect on his actions and charges.

According to a report by Yonhap News Agency, the upper court also overturned the lower court’s order for Seungri to pay ₩1.15billion in restitution.

Seungri, who is currently being held at a Military Correctional Institution per SBS Star, will be transferred to a correctional facility for the rest of his sentence, Yonhap News Agency reported, citing court officials. The former K-pop idol’s jail term is expected to end in February 2023, according to MBN.

The Burning Sun nightclub was the setting for a controversy in 2019 that encompassed allegations of rape and spycam usage. It also involved a number of the Korean entertainment industry’s biggest names. Aside from Seungri, singer Jung Joon-young and CNBLUE’s Lee Jong Hyun and former Highlight member Yong Jun-hyung were also linked to the controversy.

The post Former K-pop star Seungri to serve 18-month jail term after his appeal was rejected appeared first on NME.