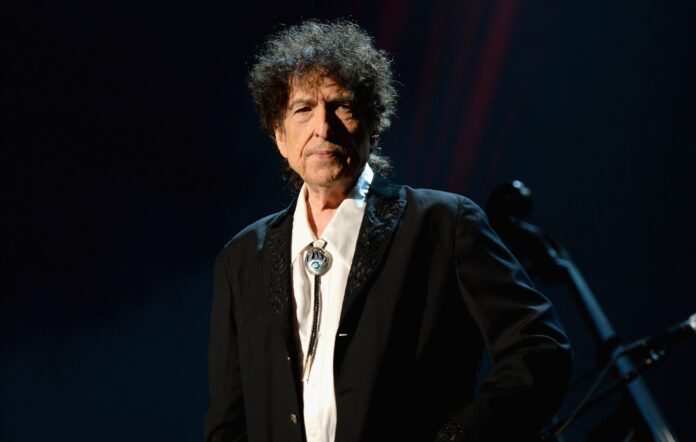 Bob Dylan has re-recorded his 1963 classic ‘Blowin’ in the Wind’ for an upcoming auction facilitated by Christie’s.

The re-recording – which will be available on a one-of-one Ionic Original format disc – marks the first time in 60 years that Dylan has re-recorded the song, which was written in 1962 and released as part of the album ‘The Freewheelin’ Bob Dylan’. It will be auctioned off in London on July 7.

First announced in April by producer T Bone Burnett, the Ionic Original format is “lacquer painted onto an aluminum disc, with a spiral etched into it by music. This painting, however, has the additional quality of containing that music, which can be heard by putting a stylus into the spiral and spinning it”.

Burnett has touted the new high fidelity format as “the pinnacle of recorded sound. It is archival quality. It is future-proof. It is one of one.”

‘Blowin’ in the Wind’ is reportedly the first of multiple tracks that Bob Dylan is re-recording for the format.

Bob Dylan will soon set off on a West Coast tour of the United States on May 28 that will see him perform across North America until June 17. Find any remaining tickets here.

Last week, it was reported that acclaimed folk singer-songwriter and Dylan collaborator Bob Neuwirth has died at the age of 82. Apart from his celebrated solo work, Neuwirth was known for putting together the backing band for Dylan’s legendary ‘Rolling Thunder Revue’ tour, which ran from 1975-76.

The post Bob Dylan has re-recorded ‘Blowin’ in the Wind’ for a Christie’s auction appeared first on NME.