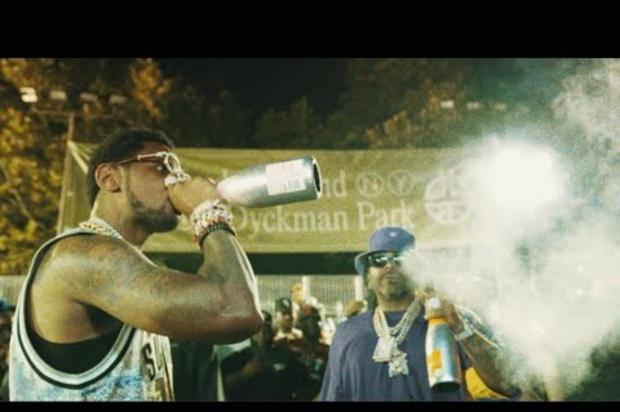 Yet another banger to arrive for hip-hop lovers this weekend comes from Fabolous and Jim Jones on their “Rich Hustle” single and accompanying music video. We haven’t heard a new album from the former since 2019, although he looks to be getting back into the swing of things following the arrival of his “Say Less” joint with French Montana and his “1 Thing” freestyle.

The latest single was produced by Hitmaka, and finds the two long-standing artists taking over the streets of Harlem to turn up while they spit their bars.

According to HipHopNMore, Fabolous is currently preparing for the arrival of a new album via Def Jam, although details surrounding that project remain under wraps for now.

Early this morning (August 20), the 44-year-old shared a photo dump to his Instagram page, giving his 9.9 million followers a look at the behind-the-scenes making of the new music video.

At this time, “Rich Hustle” hasn’t been added to DSPs, but for now, you can check it out on YouTube above. Share your thoughts on Fabolous and Jim Jones’ latest joint below, and tap back in with HNHH later for more hip-hop music updates.

I just gotta keep it street on some G-code shit

Do whatever for them wins on some Chico shit

Tryna be paid in full, on some RICO shit

Share
Facebook
Twitter
Pinterest
WhatsApp
Previous articleTyrese Defends Buying His 15-Year-Old A Rolls-Royce: “Don’t Tell Me What You Would Do For Your Teen”
Next articleKehlani Ends Show After Multiple Fans Pass Out: “This Is Not Okay”