HomeNewsKehlani Ends Show After Multiple Fans Pass Out: "This Is Not Okay"
News

Kehlani Ends Show After Multiple Fans Pass Out: “This Is Not Okay” 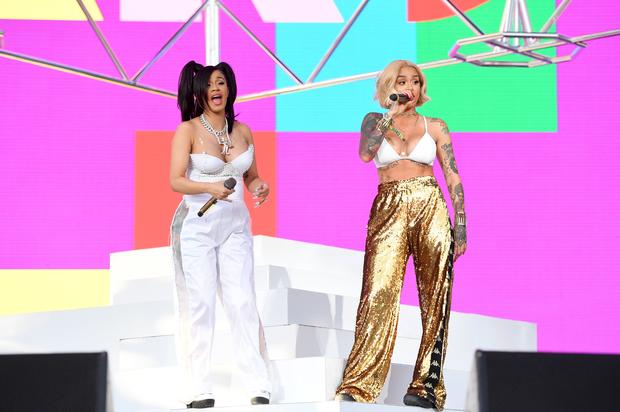 After the tragedy at Travis Scott’s Astroworld last year, artists have been hyper-vigilant to ensure concert safety. Billie Eilish famously threw shade at Scott when she paused her show to make sure a fan could breath. Playboi Carti’s tour, which is known to get pretty rowdy, issued conduct warnings. Now, Kehlani is the most recent addition to musicians looking out for their live audience.

At a show in Philadelphia, the “Nights Like This” singer ended her set early when she saw that multiple fans appeared to lose consciousness in the crowd. “I can’t have this. This is not okay,” said Kehlani. “I don’t feel comfortable. I don’t feel okay. I don’t feel like anybody is safe right now.” Before leaving the stage, she emphasized how much she appreciated the fans who had come out to see her, and how sorry she was to let them down. “I love you so much,” she told the crowd. “I do not have more words about how disappointed and heartbroken I am.”

@iam_adrianb4 @Kehlani had to cut her show short tonight in Philly due to, too many fans passing out in the crowd. This is how artists should handle this always!! #kehlani#bwr#concert#philadelphia#tsunamigang#fyp#foryoupage♬ original sound – adrian bustamante

Kehlani was performing at the Mann Center’s Skyline Stage to a crowd of 5,600 fans. According to Rolling Stone, the capacity for the venue is 7,500. A representative from Mann Center said they were pleased with how Kehlani handled herself. “Throughout the set, the artist asked her fans to step back from the stage and make space for each other, something we appreciate and the artist has done in many of her other shows,” said the rep.

No one was sent to the hospital, but three attendees required first aid. Others simply needed “a space to rest and relax.” Kehlani addressed the show on her Instagram Story afterwards, writing, “I care about you guys more than anything and I put you before anything else. Thank you so much to the venue and staff for your diligence and swift care for everyone in my audience… Cannot stress how much I love all of you, and how important you are to me. Seeing you all on tour for the first time in so many years has really reminded me what I do it for. I hope you know how deep my love runs.”

Watch Kehlani address the crowd below.