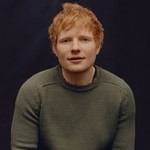 Ed Sheeran has teamed with YouTube to give a sneak peek at his upcoming = album via 14 shorts, marking a first-of-its-kind album preview effort. The brief videos — one for each song slate to appear on Sheeran’s fifth full-length studio album, which is due out on Friday (Oct. 29) — are a kind of fast-forward trip through the four-year process of recording the tracks.

The clips, which each run 20 seconds or less, cover a wide range of scenes, from Sheeran pounding the drums to the opening track “Tides,” to him stepping into a bathtub filled with ice while wearing a suit in the “Shivers” bit to smiling at a man dancing in a doorway with a giant bowl of chips for “Bad Habits.” Elsewhere, Sheeran and his wife Cherry lounge around, kiss and flirt in the affecting “First Times” preview, Ed busts out a spray can for some freestyle painting to “Overpass Graffiti” and he spotlights his cat’s adventures in the adorable “The Joker and the Queen” short.

“I had a really fun day shooting my YouTube Shorts,” said Sheeran in a statement about the filming of clips such as the one for “Collide,” in which he is repeatedly flicked down a sidewalk by a disembodied hand. “I’ve always really enjoyed the music video process, so it was fun to explore a new way of doing that by channeling each song’s theme in a unique way, while also giving you a sneak peek of the album!”

One of the most intimate shorts is for the ballad “Visiting Hours,” the singer’s homage to late mentor and Australian promotions legend Michael Gudinski, in which he shares four things “you wish they’d been there to see,” including the cover of the = album, his wedding pictures, the full pallet of Gudinski’s favorite wine he ordered by accident and a snap of the couple’s daughter, Lyra.

Sheeran is also encouraging fans to create their own #SheeranShorts on their mobile devices by watching any of his clips and then tapping the bottom right square and clicking on “use this sound” bar to make a unique visual for one of the album tracks; click here for more instructions.

To check out some of the most creative shorts check out the #SheeranShorts YouTube page. “We are thrilled to see Ed’s collaboration with YouTube come to fruition and to build on Ed’s long-standing relationship with the platform,” said Ed Howard, co-president, Atlantic Records UK in a statement. “The extended Shorts series not only provides us with an innovative way to preview the breadth of the new album sonically, but the short, bespoke films help showcase the narrative of each song in a fun and authentic way. We’re excited to see it ignite his fanbase on a global scale.”

Watch all the clips below.