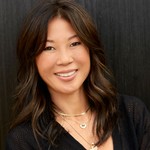 Longtime label executive Karen Kwak has been named executive vp/head of A&R at Warner Records, the company announced today (Oct. 25). Kwak, who has worked in high-level A&R positions at Sony and Universal through her career, will assume her post Nov. 1, reporting to co-chairman/CEO Aaron Bay-Schuck in Los Angeles.

“This is my first post at a WMG company, and I’m incredibly excited to become part of such a dynamic and forward-thinking label,” Kwak said in a statement. “Aaron has assembled a phenomenal A&R team, who are signing and nurturing a fantastic array of amazing, leading-edge talent. I’m looking forward to working with the entire Warner Records family, and I want to thank Aaron and [co-chairman/COO] Tom [Corson] for this wonderful opportunity to help shape the future of one of our industry’s iconic companies.”

Kwak started her career in the music business as an intern at Motown, rising to vp of A&R administration before moving on to similar roles at LaFace and Arista, then joining Island Def Jam as senior vp A&R administration in 2004. She eventually became executive vp A&R of Universal Music Group’s U.S. recorded music division, overseeing A&R at each of the company’s U.S. labels. In 2016, she left Universal to launch her own company, KK Consulting, through which she worked on projects with RCA Records, Epic Records and Three Six Zero.

“Throughout her stellar career, Karen has been the force behind countless hit records and chart-topping artists,” Bay-Schuck said in a statement. “Her great ears, deep knowledge of all facets of A&R, and invaluable relationships across the industry make her a fantastic addition to our senior management team. With Steve Carless also joining us shortly, we have brilliant A&R leadership in place to take us into the future. Tom Corson and I are thrilled to welcome Karen to the family.”

Kwak’s appointment is the latest addition to the Warner Records A&R team: last month, Warner announced that Steve “Steve-O” Carless would be joining in the newly-created position of president of A&R, a job he will begin Dec. 1. Each will report to Bay-Schuck, and will be working together to lead the department.

In 2021 so far, Warner Records has accumulated a 6.31% market share among albums by consumption through the week ending Oct. 21, up slightly from the 6.21% it racked up in 2020, according to MRC Data.