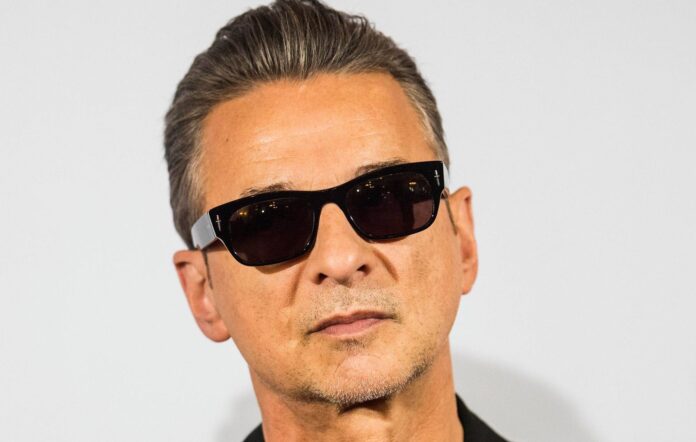 Gahan has crafted the cover, which you can listen to below, with frequent Mode collaborator, Kurt Uenala.

Unlike The Raveonettes’ original version, Gahan and Uenala’s menacing cover has an electronic and industrial edge.

It is set to feature on The Raveonettes’ upcoming mini album, ‘Rip It Off’, which will feature other artists covering the songs from the Danish duo’s 2002 debut EP, ‘Whip It On’.

“People always measure success in terms of album sales, chart positions, etc but for me success was always about dreaming BIG and believing in yourself and what you do and stand for. and stand up to that,” he said.

“Having Dave interpret one of our songs is success to me! It’s an honour and it shows that daydreaming as a kid is a good and creative thing to do even though people might call you an introvert or diagnose you with ADHD or whatever, fuck that! DREAM BIG!”

A full track list has yet to be released, but Trentemøller also recently shared their rendition of ‘Cops On Our Tail’ from the record.

Meanwhile, Depeche Mode’s ‘Never Let Me Down Again’ recently enjoyed a 220 per cent streaming boost in the US, following its inclusion in the HBO series The Last Of Us.

The track, which first appeared on the band’s sixth studio album ‘Music For The Masses’ in 1987, was played in the final scene of the show’s pilot episode earlier this month.

Depeche Mode are also set to release their 15th studio album, ‘Memento Mori’ in the spring. It is their first record since the death of founding member and keyboardist Andy Fletcher, who passed away in May at the age of 60.

They will also be embarking on a world tour, which includes a date at London’s Twickenham Stadium and a headline slot at Primavera Sound. You can buy your tickets here.