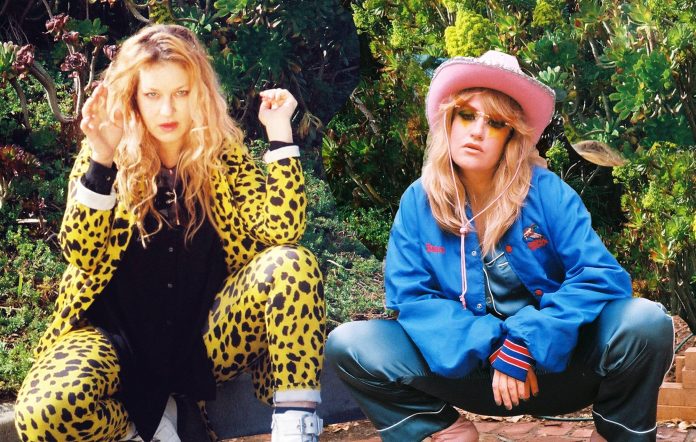 Deap Vally have announced details of their third album – get all the details on ‘Marriage’ and stream first single ‘Magic Medicine’ below.

The new album from LA duo Lindsey Troy and Julie Edwards is their first full-length record since 2016’s ‘Femejism’. So far in 2021, they’ve shared new EPs ‘Digital Dream’ and ‘American Cockroach’ while in 2020 they released a collaborative album with The Flaming Lips called ‘Deap Lips’.

‘Marriage’, which features a number of the collaborations from the previous EPs, including songs with Peaches, KT Tunstall and Warpaint‘s Jenny Lee Lindberg (aka jennylee), is set to come out on November 19 via Cooking Vinyl.

Discussing the new record, the duo said: “Being in a band is like being in a marriage: sometimes it’s magical, sometimes it’s unbearably challenging. To reinvigorate that marriage we’ve made album three a genre-bending experiment with new collaborators and instrumentation that push the limits of what has previously defined us.

‘Marriage’ is our musical Rumspringa, if you will,” they added. “We’re breaking free of the rigid creative constraints within which we previously existed (two members, two instruments, two voices). Writing with the calibre of musicians that we did on this record – like jennylee, KT Tunstall, Peaches, and Jennie Vee – was an unforgettable experience, and we’re so happy to have the result of our creative rebirth eternalised in ‘Marriage’.

Watch the video for first single ‘Magic Medicine’ below:

Discussing the album’s first single, Troy and Edwards added: ”’Magic Medicine’ is a song five years in the making, born in Allen Salmon’s Nashville studio, and raised in Josiah Mazzaschi’s Cave Studio back in LA.

“Initially a song about being high on what-have-you (body chemistry, lab chemistry, nature’s chemistry) the lyrics have taken on a new meaning in the era of coronavirus, a moment when more than ever we need a miracle cure to make it safe to have fun and feel free again.”

See the tracklist for ‘Marriage’ below:

Watch the trailer for XXXTentacion documentary ‘Look At Me’

Watch the trailer for XXXTentacion documentary ‘Look At Me’