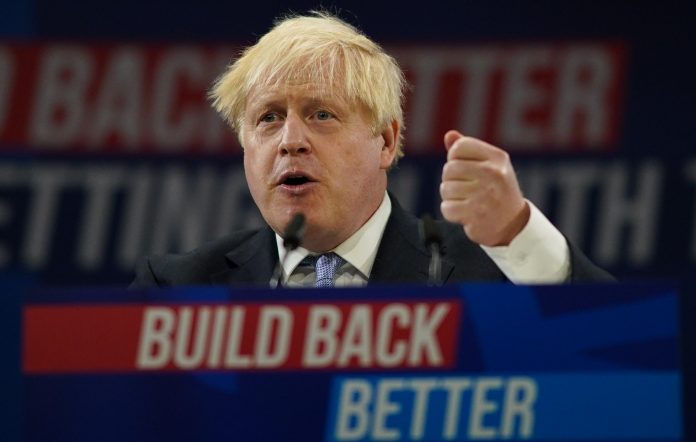 Cassetteboy have released their latest satirical mash-up, taking aim at Boris Johnson with a video of re-arranged quotes by the Prime Minister set against Jay-Z‘s 2004 hit ‘99 Problems’.

The comedy duo, who describe their process as “mixing pop hits with people off the telly,” are known for their reworkings of classic songs mixed with quotes from public figures. Previous targets have included Donald Trump, David Cameron, Brexit, and even Die Hard‘s status as a Christmas film.

The new clip, released this morning (October 6) ahead of Johnson’s speech at the Conservative Party conference in Manchester, highlights the country’s current problems including the petrol and supply chain crisis, Brexit and the ongoing coronavirus pandemic.

The track opens with the line: “If you live in the UK, I feel bad for you son / We’ve got 99 problems and I can’t fix one.” Hear the rest of the clip below.

Meanwhile, Elton John recently revealed that his requests to meet with the Prime Minister regarding Brexit and touring visas for musicians had so far been ignored.

Back in August, the UK Government’s Department of Culture, Media & Sport announced they had secured “short-term” visa-free touring in 19 European countries. This news was criticised by a number of music industry figures, including John, who called it “a rehash of what we already know”.

Addressing the topic on a recent episode of his Apple Music 1 radio show Rocket Hour, John said: “What has happened is that it’s impossible for young artists financially to pay for visas [and] negotiate their way through all of the red tape that’s necessary for going to Europe.”

“So I’m on the warpath to try and get this sorted out,” he said, adding, “I’ve requested a meeting with Boris Johnson. I’ve yet to hear back from him”.