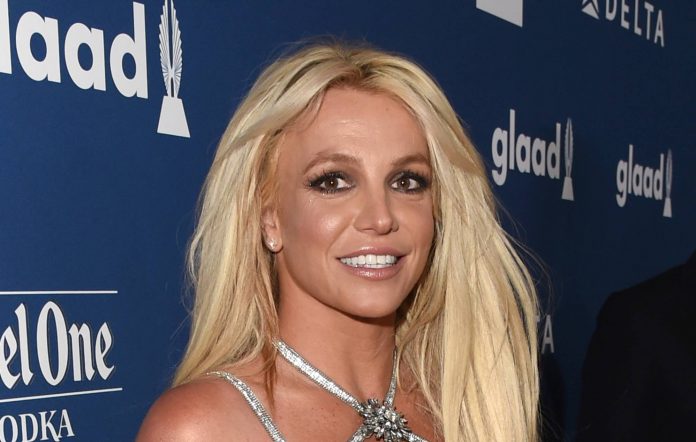 Britney Spears has issued a cease and desist letter to her younger sister, Jamie Lynn Spears.

In the new letter, Britneys’ lawyer Mathew Rosengart says the singer will file a lawsuit if her younger sister continues to talk about her “derogatorily” during a press campaign for her new memoir, Things I Should Have Said.

Last week, Britney said she was “disgusted” with her family after her sister gave a TV interview about the new memoir.

In the interview, Jamie Lynn was asked about a section from her forthcoming book where she describes Britney’s behaviour before her conservatorship as “erratic,” “paranoid” and “spiralling.”

“I can’t really speak to anyone else’s state of mind, I don’t think that’s fair,” she said when asked for her opinion on Britney’s “state of mind, currently”. “But I’m allowed to say how I felt in those [years], because that matters. It matters that I was in pain.”

Jamie Lynn later added in the interview, which you can watch below, that she’s “only ever loved and supported” Britney, saying “I don’t know why we’re in this position right now” in regards to their current rift.

Now, the new letter from Britney’s lawyer “demands” Jamie Lynn “cease and desist from referencing Britney derogatorily” during her “promotional campaign.”
The letter reads: “We write with some hesitation because the last thing Britney wants is to bring more attention to your ill-timed book and its misleading or outrageous claims about her. Although Britney has not read and does not intend to read your book, she and millions of her fans were shocked to see how you have exploited her for monetary gain.”

Rosengart went on to say that Britney “will not tolerate” the alleged profiteering.

It continues: “You of all people know the abuse and wrongdoing Britney had to endure during the conservatorship, after initially growing up with a ‘ruinous’ alcoholic father. In fact, your own book reportedly states that your father ‘spent most of my life in that cycle of ruinous behavior. His bouts of drinking caused me periods of torment and sorrow.’

“As I have previously stated, having endured a 13-year conservatorship that stripped her of civil rights and fundamental liberties, Britney will no longer be bullied by her father or anyone else. Britney was the family’s breadwinner and she also otherwise supported you. Publicly airing false or fantastical grievances is wrong, especially when designed to sell books. It is also potentially unlawful and defamatory.”

The letter concludes: “You recently reportedly stated that the book was ‘not about her.’ She takes you at your word and we, therefore, demand that you cease and desist from referencing Britney derogatorily during your promotional campaign. If you fail to do so or defame her, Britney will be forced to consider and take all appropriate legal action.”

NME has reached out to representatives of Jamie Lynn for comment.

Britney issued her first response to her sister’s interview on Twitter last week, writing: “It was actually kind of nice having a fever so high cause I had to surrender to not caring. I just couldn’t give a fuck…

“The two things that did bother me [were] that my sister said how my behaviour was out of control. She was never around me much 15 years ago at that time. So why are they even talking about that unless she wants to sell a book at my expense??? REALLY ???”

Britney also claimed in her statement that, in contrast to her own singing career, her sister has “never had to work for anything” and that “everything was always given to her”.

Britney later added: “My family ruined my dreams 100 billion per cent and try to make me look like the crazy one while I have a 104 degree fever, not being able to move in my bed. My family loves to pull me down and hurt me always so I am disgusted with them.”

Last week, Britney also hinted that she is planning on writing her own memoir.