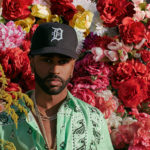 Big Sean’s collaborative What You Expect EP with Hit-Boy wasn’t the only surprise he had in store for fans Friday (Oct. 29). The Detroit emcee also announced on Twitter that after 14 years, he has stepped away from Kanye West’s G.O.O.D. Music label. After a fan asked, “Damn no more GOOD Music for Big Sean?” Sean responded in a tweet saying, “That’s a forever brotherhood, but business wise, I had to start getting a bigger cut! I worked my way out that deal.”

In another tweet, he elaborated on his decision to release on his own label, adding “By the way this the first project where I’m on my own label as well, no more lil dawg s–t!!!! I bossed up! #DONLIFE”

What You Expect was released with credits to FF To Def Entertainment and Def Jam Recordings, a division of Universal Music Group that also distributes G.O.O.D. Music. FF To Def is an LLC based in Detroit — Big Sean’s hometown — according to public filings, suggesting this is his own new imprint with Def Jam. Big Sean is managed by Zeno Jones.

Reps for Def Jam, UMG and Big Sean did not respond to requests for comment at time of publishing.

That’s a forever brotherhood, but business wise, I had to start getting a bigger cut! I worked my way out that deal. https://t.co/6WRoUsQt3r

During his time with G.O.O.D. Music, Big Sean released seven albums, three of which — Dark Sky Paradise, I Decided and Detroit 2– peaked at No. 1 on the Billboard 200 chart. In an earlier tweet dated Oct. 21, Big Sean reminisced on the “GOOD ol days,” adding, “I also really miss the brotherhood I use to have with GOOD music, I don’t know what happened.”

Since 2010, the once-rich G.O.O.D. Music roster has dwindled, with Common, John Legend, Kid Cudi, Desiigner, Mos Def, Teyana Taylor and now Big Sean, leaving in the last decade. Ye himself, Pusha T and 070 Shake are among the handful of artists who still remain.