HomeNewsAndre Iguodala Has Some Advice For Kevin Durant
News

Andre Iguodala Has Some Advice For Kevin Durant 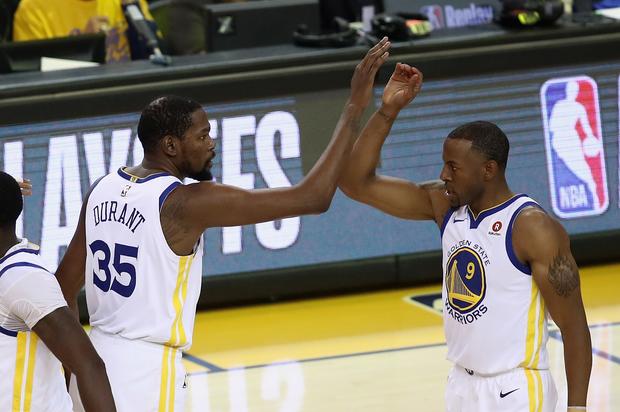 Andre Iguodala and Kevin Durant were good friends back in the day as they played together on the Golden State Warriors. They won two championships during their time together and overall, it was a great working relationship. Now, however, Durant is on the Brooklyn Nets where he is in a bit of a dilemma. Durant wants out, but he has four years left on his deal, which means the Nets don’t actually have to trade him. As you can see, it’s quite the situation.

With that being said, it appears as though Iguodala isn’t necessarily taking KD’s side in all of this. During the latest episode of his “Point Forward” podcast, Iguodala made it clear that KD should at least try and make it work in Brooklyn. In fact, Iguodala was pretty adamant about the whole thing, noting that it’s not the best look for Durant.

“I think he should stay in Brooklyn,” Iguodala said. “It’s such a big market; it’s good for the game. Just figure it out; make it work. Everybody grow up and make it work. […] He is in a situation where it’s either, look man, just come out here and play, or don’t play because you got four years. We got you for a while, so it’s not like you’re on an expiring contract, and then you can just take off a year and we just give up a year.”

This is definitely an interesting take, albeit one that will make Nets fans happy. Whether or not KD will take this advice, still remains to be seen.