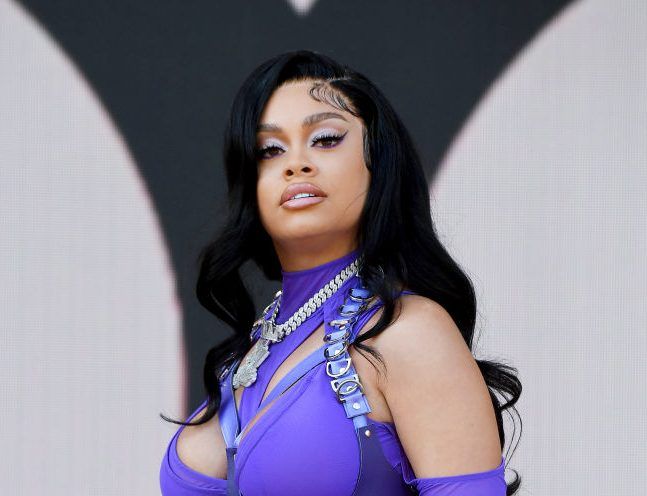 Big Latto is talking real BIG about her next project and she thinks a lot of her rap cohorts have something to fear once the music drops. The 22-year-old rapper from Clayton, County, Georgia sent out a tweet warning to her competition saying:

“I been laying low perfecting my craft this year, so when I start this rollout I hope b**ches ready.”

Yikes! As the tweet says, Latto has been pretty quiet all of 2021 as far as musical releases. Instead, the rapper has been hitting the road heavily, appearing at festivals including last weekend’s Made In America fest in Philly.

The Atlanta rapper made headlines midway through the year, announcing a name change at the start of the summer.

Last month, Big Latto shared more BIG news as she revealed she had a breast augmentation earlier in the year. Fans noticed that she looked more pronounced in her upper body than usual and she nonchalantly made the revelation on Twitter.

More recently, Latto has been teasing a song that appears to sample Mariah Carey’s “Fantasy” and appears to be an homage to big peens. In a TikTok, Latto raps “bad b****, I can be your fantasy. I can tell you got big d**** energy.”

Pitbull Gets Behind the Wheel of NASCAR Program For International Drivers